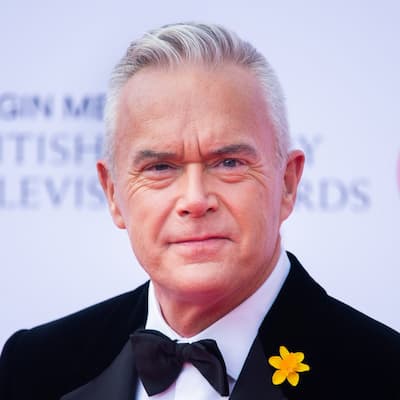 Edwards is the son of Hywel Teifi Edwards and Aerona Protheroe. His father was an academic, historian, and author in the Welsh language and was a Plaid Cymru and Welsh Language activist and served as a  Research Professor of Welsh-language Literature at University College, Swansea. He married his wife at Blaengarw’s Tabernacle Chapel in 1960 and passed on on 4 January 2010. His mother taught at Llanelli’s Ysgol Gyfun y Strade for 30 years.

Huw was brought up alongside his sister Meinir Edwards who has pursued a career in cancer nursing research.

Edwards is married to Vicky Flind, a news and current affairs executive for ITV. She created and launched ‘Peston on Sunday’, now ‘Peston and previously served as editor of the BBC’s The Week politics show having previously worked on political coverage for Newsnight and Breakfast News.

In April 2020, Edwards revealed that he has been admitted to Kings College Hospital in Camberwell, London with pneumonia as he encouraged people to follow guidelines to protect the NHS.

“I developed pains in my legs, hips and shoulders. The walk – although slow – was very hard and I almost missed my train back to London. And that’s where I started showing signs of pneumonia, and the doctor was totally convinced it was Covid-19 at the root of it, although I wasn’t tested to confirm it formally. While he was not tested for the virus, he said a doctor who treated him was “totally convinced it was Covid-19”.

In 2009, Huw revealed that he lost three stones through boxing. He revealed that he kept up the intense boxing, to maintain his weight loss. Speaking to Daily Mirror he said: “The boxing training is going pretty well. I do my boxing two or three times a week. I do TRX too, but only once a week in the park otherwise people will think I am going completely mad.” He lost the weight thanks to intense training sessions with ex-pro boxer Clinton McKenzie.

Edwards joined the BBC as a news trainee in 1984 and later became Parliamentary Correspondent for BBC Wales and currently serves as the BBC News lead presenter for major breaking news in the United Kingdom and presents BBC News at Ten, the corporation’s flagship news broadcast. He also presents BBC coverage of state events, international events, the hour-long BBC News at Five on the BBC’s rolling news channel BBC News and occasionally presents either as relief or as the BBC’s chief presenter BBC News at Six, BBC News at One, BBC Weekend News and Daily Politics. Edwards presented the BBC’s coverage of major national events, including the wedding of Prince William and Catherine Middleton, the Queen’s Diamond Jubilee and the wedding of Prince Harry and Meghan Markle.

He was the host of BBC election night coverage and was the lead presenter for the 2019 general election coverage on 12 and 13 December. Between May 1999 and January 2003, he presented the BBC Six O’Clock News. During this period, this was the most-watched news programme in Britain. In January 2003, he became the main presenter of the Ten O’Clock News on BBC One, considered the corporation’s flagship news broadcast. Along with David Dimbleby, he also presents various special programmes such as the Festival of Remembrance, Trooping the Colour and the State Opening of Parliament. He led the BBC commentary team at the opening and closing ceremonies of the 2008 Beijing Olympics, 2012 London Olympics and 2014 Commonwealth Games. He has presented several election specials, including coverage of the 2007 National Assembly for Wales election for BBC Wales and also the BBC coverage of the United States elections, 2008 results and the inauguration of Barack Obama. He was formerly Chief Political Correspondent for BBC News and spent more than 14 years reporting politics from Westminster across a range of BBC programmes.

He has also presented or contributed to a range of other BBC News programmes, including Breakfast News, One O’Clock News, Newsnight and Panorama. Since April 2006, Edwards has presented the newly established BBC News at Five on the 24-hour BBC News channel. On 29 April 2011, he presented the BBC coverage of the Wedding of Prince William and Catherine Middleton. The coverage was watched by 20 million viewers at peak in the United Kingdom and the team won a BAFTA Award for Best Coverage of a Live Event In June 2012 he presented the BBC coverage of the Diamond Jubilee of Elizabeth II. In December 2013 he led the first few hours of BBC News coverage of the death of Nelson Mandela on BBC One, BBC News Channel and BBC World News. In 2014 Edwards presented BBC Local Elections taking over coverage from David Dimbleby.

Edwards shared the BBC’s 2015 general election and 2016 EU referendum coverage with Dimbleby and in May 2018 he shared the presentation of the BBC coverage of the wedding of Prince Harry and Meghan Markle. Prior to joining BBC, Edwards spent a short time on work experience at the commercial radio station Swansea Sound.