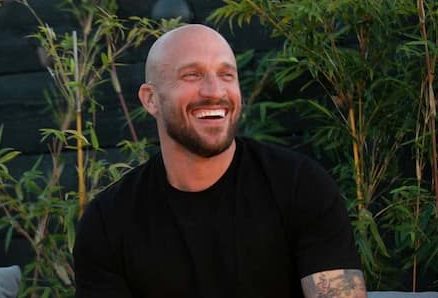 Mike Pyle is an American landscape designer and consultant. He is also a co-host of HGTV ‘Inside Out’ alongside Carmine Sabatella. The duo are also judges of the second season of HGTV’s renovation series Rock The Block.

Pyle has not made his age public but he celebrates his birthday on December 5.

Mike is in a relationship with Lizzy Farag. There are no details on whether the couple is married.

Pyle together with his girlfriend has one daughter known as Stevie born on December 14, 2019.

He is not gay as he is in a relationship with his girlfriend, Lizzy Farag.

Mike is a landscape designer. According to his website, he has over 19 years experience in landscape industry.

“With over 19 years experience in the landscape industry I have learned and been exposed to every aspect of the trade. From digging trenches to project management and most recently landscape design and consulting.”

Pyle and Carmine are co-hosts of HGTV’s Inside Out. Carmine is a real estate agent and interior designer while Mike is a landscape designer.

Mike Pyle Inside Out

Mike is a co-host of HGTV’s Inside Out. The show follows them as they pitch their design plans to clients. According to HGTV, the “budget is set, so the guys must be persuasive to score a bigger chunk of the dollars to either max out the interiors or make the most of the outdoor spruce up.

More money for Carmine will mean clients get all they want and more for their home’s interior, while extra cash for Mike will give the property wow-factor curb appeal and major outdoor living perks. No matter who gets the majority of the renovation budget, both the interior and exterior will get a stunning transformation.”