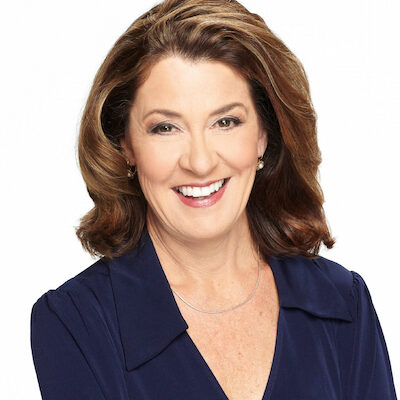 Vikki Vargas is an American Bureau Chief of the NBC4 news team responsible for collecting and covering the region’s important news stories during the weekdays for the station news at 11 a.m., 4 p.m. 5 p.m. and 6 p.m. To sum up, Vargas has been working for the station for 35 years and above.

She stands at an average height of 5 feet 6 inches tall.

Vargas attended the California State University, Fullerton where she focused on Communications.

When it comes to family matters Vargas doesn’t like to share information. To sum up, she has not shared any details about her parents or family members.

Vargas is a married woman and lives in Orange County with her husband.

Vargas has covered a couple of national and international stories during her tenure at the station the stories include, the American hostages who were released in Iran and also the Republican National Convention. In addition to her most remarkable local stories are as follows, the Christopher Dorner manhunt, the federal indictment of Orange County’s former Sheriff Mike Carona, the Seal Beach hair salon massacre and the first to break the news and video of three inmates who escaped from an Orange County maximum-security jail.

Through the course of her career, she has won various honors and awards as a result of her professional achievements and being involved in the community. The awards and honors include the Orange County Press Club’s highest honor for community service and career achievement and the Sky Dunlap Award. In 2012, Vargas was part of the team which won a national award from the Society of Professional Journalists for online deadline reporting on the lockdown at Cal State Fullerton. Further awards include a State Bar Association Award for ‘Outstanding Reporting,’ a Golden Mike. She was a member of the team which won a Los Angeles Area Emmy Award for ‘Best Newscast’ back in 2008 and the Orange County Press Club Award for ‘Best News Reporting,’.

In conclusion, Vargas was a recipient of the prestigious Lifetime Achievement Award from the National Hispanic Media Coalition and in 2006 she was also awarded an Avance Award from the Hispanic Americans for Fairness in Media afterward she was named Latina of the year by the National Latino Peace Officers Association. She was recognized by her former University, California State University, Fullerton, with the Vision & Visionaries Award, which was the highest possible gift given to the school student.

She remains active with the California State University, Fullerton since she’s passionate about giving back to the community. Vargas established the ‘NBC4-Vikki Vargas Scholarship,’ in partnership with the station which is granted to a Cal State Fullerton journalism student once a year. In addition, she received the General William Lyon Crystal Vision Philanthropy Award after being recognized by the Orangewood Children’s Foundation for working with foster youth in the region.

Vargas estimated net worth is $5 million.