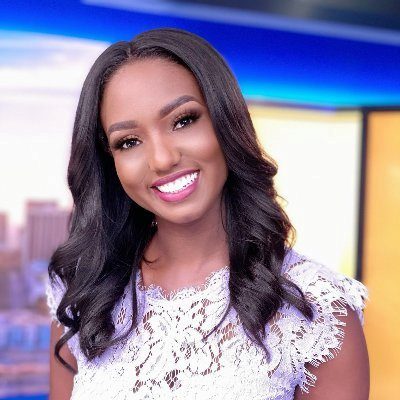 Robin Winston is an American veteran Traffic anchor for NBC4. She can be seen on the morning newscast from 4 a.m. to 7 a.m. during the weekdays airing “Today in LA”.

Information about her age is not publicly known.

She stands at a height of 5 feet 7 inches.

Winston attended the San Francisco State University and graduated with a Bachelors’s Degree in radio and television broadcast journalism.

Winston was born in California, more information regarding her family members is still unknown.

She likes to keep her personal life away from the public eye and has not shared anything about her marital status or relationship.

Winston is a Traffic anchor for NBC4 having 18 years of experience in the field. Before joining NBC4 she began her broadcasting career at iHeartMedia’s Total Traffic & Weather Networks in San Francisco in 2003. In addition, she worked for top radio stations such as KGO-AM, KFOG-FM, KSAN-FM and Sirius XM Radio as the Traffic Anchor.

Moreover, Winston then moved to KRON-TV in San Francisco spending 14 years anchoring the news, weather and traffic. Through the years she has covered a range of traffic stories and breaking news including California wildfires, major freeway closures and the COVID 19 pandemic.

In conclusion, Winston joined NBC4 while at the station she hosts “The Rundown,” bringing important news of the day, daily on digital and over-the-top platforms such as Apple TV and Roku. Furthermore, she raises awareness concerning a number of causes in the region and Winston is featured in the station’s Black History Month public service announcements and other PSA’s.

She has given back to the community as always, including raising awareness about breast cancer and HIV/AIDS and supporting a variety of causes like working as a mentor for youth and young adults, among others.

During her leisure time, she spends her time traveling and hiking.

Winston has an estimated net worth of $3 million which she has earned through her successful career as a traffic anchor.