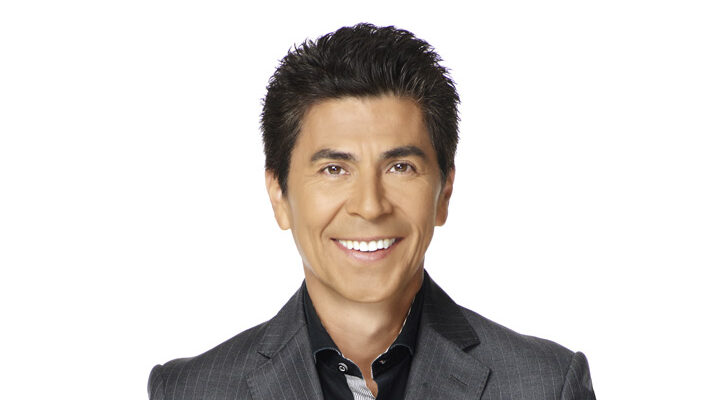 Mario Solis is an American sports anchor and sports reporter for NBC4. He can be seen during the weekend and also on weekdays on the 4, 5, 6 and 11 p.m. newscasts.

Having more than twenty years of sports broadcasting experience, Solis has covered almost every important sporting event as well as the World Cup, and multiple World Series, Super Bowl games and the Olympic Games.

Solis has kept his personal life private since there is no information about his age.

Solis attended the University of Southern California where he graduated with a degree in broadcast journalism.

Information regarding Solis’s wife or relationship status is not known yet since he likes to keep his personal life away from the limelight.

Before joining NBC4, Solis started his career at KCBS in Los Angeles. During his tenure at KCBS, he served as a field producer and on the assignment desk for a short term. It took Univision a short period of time to spot and go after him to join their company’s network news sports anchor. Solis then joined Telemundo working as a sportscaster for the Telemundo Network and NBC4’s sister station Telemundo 52. In addition, he worked as an executive producer and host on a couple of network and local programs as well as “Marcador Final,”. The program turned out to be the highest-rated and most lasting sports wrap-up show in Los Angeles. Furthermore, he also worked as host/analyst for Major League Baseball telecasts on Telemundo 52.

Solis joined NBC4 as an editorial assistant. During his tenure, he has fronted several sports-related radio shows picking up the microphone for numerous national and international sporting events. Solis has been a special correspondent for Lakers on TWC, the play-by-play announcer for boxing telecasts on HBO, HBO PPV, Showtime, Fox Sports and FS1, Major League Soccer on Telemundo and the play-by-play announcer for Fox’s NFL Sunday-Latin America.

Additionally to his job as sports anchor and reporter at NBC4, he is as well identified as the Spanish language announcer for the Los Angeles Chargers on KFWB- AM 980, for HBO’s iconic “World Championship Boxing” series, to sum up, he also announces for the Los Angeles Rams on ESPN Radio 1330 AM.

Solis is a recipient of various awards for his efforts and works as a member of a sports broadcasting team. The awards include a couple of local Area Emmys, a regional Edward R. Murrow Award for Best Sports Reporting and also Golden Mikes.  He was awarded by the National Hispanic Media Coalition for excellence in broadcast journalism. In conclusion, he is an active member of the Los Angeles-area community.

Solis has an approximated net worth of $1 million – $4 million.