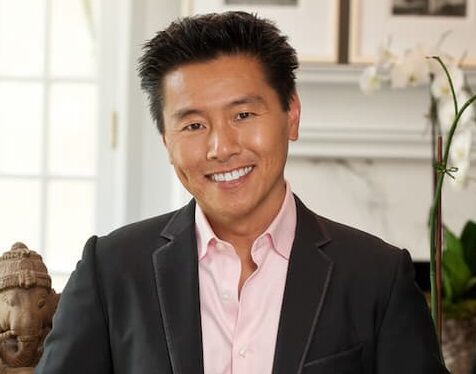 Vern Yip is an award-winning architectural and interior designer who gained fame for his expertise in transforming homes and restaurants in his private design practice and on primetime television. He is a HGTV Design Star judge and designer for the annual HGTV Urban Oasis home. He also runs his own design company in Atlanta, Vern Yip Designs.

He attended Mclean High School in Virginia and later joined the University of Virginia graduating with a double-majored in Chemistry and Economics. He earned his master’s degree in management and architecture from the Georgia Institute of Technology.

He said in an interview that his parents wanted him to do medicine as his mom always said that if she gave him a room full of puppies to pick from he would always pick the sickest one, so they thought he had the right temperament for becoming a doctor. He did his best to honor their wishes and was a pre-med student at the University of Virginia, where he focused on chemistry and economics. Two weeks before he was supposed to commence med school studies he told his parents about his passion for architecture and design and they supported his decision.

He is an American national who was born in Hong Kong.

Vern has not revealed the names of his parents but he said they wanted him to become a doctor. “Like many Asian Americans of my generation, my parents made huge sacrifices to come to the U.S. so that my sister and I could be afforded the best education and most number of opportunities possible.

My parents definitely wanted me to have a stable profession, and the Chinese culture holds medical professionals in very high regard, so they encouraged me to pursue becoming a medical doctor. My mom always said that if she gave me a room full of puppies to pick from I would always pick the sickest one, so they also thought that I had the right temperament for becoming a doctor. ”

Yip has one sibling, a sister who he hasn’t revealed her name. He said in an interview that they have a 10 year gap which made them be in two different places in their lives.

“I have one sister who’s 10 years older than I am. I love her to pieces, but we were always in two different places in our lives because when I was a kid, she was going through adolescence, and when she was going off to college, I was in junior high.”

Yip married his husband Craig Koch. He is the founder of WAG-A-LOT,  one of America’s very first dog day care facilities, He has five dogs: Schmoo, Hank, Scooter, Lars & Juno (RIP Bob, 1998-2015) Schmoo was his first dog and the “inspiration” for WAG-A-LOT. The WAG-A-LOT’s Mission is to provide innovative, practical, top-notch services and products that improve the way people spend time away from their dogs and with their dogs.

Vern and his husband have two children born via surrogate; son Gavin Joshua Mannox born in 2010 and daughter, Vera Lilian Beatrix born in 2011.

Yip is an architectural and interior designer. He runs his own design company in Atlanta, Vern Yip Designs, where design tips are dispensed with consumer value in mind. His eclectic style is influenced from his world travels, which include childhood trips to Asia, Latin America and Europe.

He has worked on digital home makeovers through AOL and worked hand-in-hand with companies such as Microsoft, Stainmaster carpet, Procter & Gamble, Kraft, and, most recently, AT&T during their launch of AT&T U-verse Wireless Receiver.

In spring of 2013, Diet Pepsi released a limited edition Vern Yip can featuring a Peacock pattern created exclusively for Diet Pepsi by Vern, making him the first interior designer to have his own signature can.

His work has garnered several awards such as the prestigious 2000 Southeast Designer of the Year, 2003 Distinguished Southerner Award from Southern Living magazine, 2000 Southeast Designer of the Year, 1999 Best New Restaurant for Fusebox restaurant in Atlanta and 1999 Best New Night Club for DeuxPlex Bistro and Night Club in Atlanta.

Vern joined television in 2001 as a designer on Trading Spaces which aired on TLC until 2007. In 2006 he joined HGTV Design Star as a judge. He later made appearances on TV series, Deserving Design (2007 – 2008) and hosted Bang for Your Buck (2009 – 2012). He also hosted the HGTV special, Urban Oasis. He has also appeared in episodes of TV series like Good Day Live, HGTV Showdown among others.

He is also a writer who has a column with HGTV magazine and the Washington Post. He is also the author of, “Vern Yip’s Design Wise: Your Smart Guide to a Beautiful Home.”

Vern worked on the makeover of The Grand Hotel in Mackinac County, Michigan. The hotel was opened in 1887. The hotel made the announcement about the hotel makeover on its social media page.

“We are excited to announce and honored to be working with renowned designer Vern Yip this season. Known for his years on TLC’s Trading Spaces and HGTV’s Design Star, his designs will appear in the reimagined Esther Williams Swimming Pool, pool house, meeting space, and cabanas as well as a timeless refresh to some of our guest rooms and bathrooms throughout the hotel.”

He designs fabric and trim collections for Trend. Trend is a “beautiful fabrics, trimmings and decorative drapery hardware at an exceptional value, offering designers, decorators and workrooms a thorough resource for their more value-conscious clients since 2006. Trend’s diverse aesthetic and product categories provide an array of options for drapery, multi-purpose, sheers, prints, silks, faux silks, linings and upholstery fabrics, as well as trimmings and decorative drapery hardware. Ranging from contemporary to traditional and every style in between, including your workhorse solids.”

Vern is a philanthropist who is involved in non profit efforts and has worked closely with UNICEF as a U.S. Ambassador to help raise awareness of the needs of children around the world. He has designed the UNICEF snowflake ball in New York since 2009. In 2011 he was designated with the honor of lighting the UNICEF Snowflake that hangs above New York’s famed 5th Avenue. He also serves as the founding and national chair of The UNICEF Experience and has hosted four installments of the event in Atlanta.

He has also served as honorary chair for ‘Eleven – the Event,’ the 2009 fundraiser for The Ulman Cancer Fund, where he established the Vera Yip Memorial Scholarship in honor of his mother.