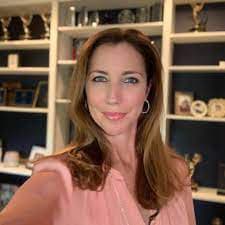 Katie LaGrone works for The E.W Scrips Company as an investigative reporter. Her work has appeared on ABC Action News in Tampa, WPTV Channel 5 in West Palm Beach, and FOX4 in Fort Myers.

Not much has been released about her parents.

She is happily married to Paul Lagrone. Paul is the weekday 5:30 pm anchor for ABC Action News. He also reports for the 5 pm and 6 pm newscasts.

She is the loving mother of two boys, Jacob and Lucas.

Katie LaGrone is the Florida Investigative Reporter for The E.W. Scripps Company. Her stories have aired on ABC Action News in Tampa, WPTV NewsChannel 5 in West Palm Beach, and FOX 4 in Fort Myers. She is known to reveal a variety of consumer abuses, shady government spending, and consumer safety concerns that affect all Floridians.

Additionally, Katie’s pursuit for the truth and her will to fight for change has lasted more than a decade. She was the first broadcast journalist to reveal restaurants that served substitute fish to consumers while calling it grouper in 2006.

The Food and Drug Administration launched an international probe as a result of the investigation. Katie was also honored with a National Edward R. Murrow Award for her work on the story.

Katie has won dozens of industry awards for her investigative reporting, including more than a dozen Emmys, Associated Press Awards, and multiple Edward R. Murrow Awards.

Katie worked as an investigative reporter for WPTV for 6 years before joining the Florida Investigations team. She uncovered the risks of keyless autos in 2011.

The National Highway Traffic Safety Administration declared shortly after her series of reports, that it would propose new guidelines. The guidelines were meant to protect consumers and help prevent more keyless deaths across the country.

She and her coworkers at WPTV joined forces with the Palm Beach Post in 2015. This was mainly to conduct an exceptional investigation of deputy-involved shootings in Palm Beach County. The “Line of Fire” series drew national attention, caused countywide hearings. It later led to the establishment of a number of new use-of-force rules by local governments.