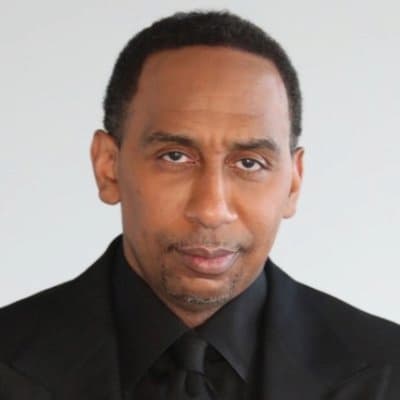 Stephen A. Smith is an American sports television personality, sports radio host, and sports journalist. He participates with Molly Qerim on ESPN’s First Take as a pundit. He also appears on SportsCenter as an NBA expert on a regular basis. Smith also works for ESPN as an NBA analyst on NBA Countdown and NBA broadcasts. On ESPN Radio, he broadcasts The Stephen A. Smith Show. Smith contributes to ESPNNY.com, ESPN.com, and The Philadelphia Inquirer as a columnist.

Smith is a New York native who attended Queens High School. He spent a year after high school at the Fashion Institute of Technology. After that, he was offered a basketball scholarship to Winston-Salem State University, a historically black college in North Carolina. Later he graduated with a bachelor’s degree in mass communications in 1991. Smith continued to write for the school paper while on the basketball team.

He grew up in the Queens neighborhood of Hollis.  Smith’s parents were born in the U.S. Virgin Islands, on the island of Saint Thomas. His father was the owner of a hardware store. His other is called Janet Smith. Smith has a white maternal grandmother and black paternal grandparents.

Smith is the fifth kid in a family of six. Basil, his younger brother, died in a vehicle accident in 1992, and he has four elder sisters. On his father’s side, he also has a half-brother.

He is single. However, he was once engaged and said that marriage cannot work out for him.

He is a father of two daughters who are a year apart in age.

Stephen A. Smith is a commentator on ESPN’s First Take on weekdays from 10 a.m. to 12 p.m. E.  Throughout the year, Smith hosts a number of SportsCenter specials. Previously he hosted SportsCenter, a weekly NBA pregame show on Wednesdays. Smith appears frequently in the network’s studio programming surrounding major events. Smith debuted Stephen A’s World on ESPN+ in January 2021.

Additionally, Stephen A. is the executive producer of the show with his production firm, Mr. SAS Productions. Smith and First Take visited the 76ers Fieldhouse in Wilmington in September 2019. The performance drew First Take’s largest in-person audience ever. Smith began anchoring The Stephen A. Smith Show on SiriusXM’s Mad Dog Sports Radio in September 2014.

Along with that, from 2005 to 2007, he hosted ESPN2’s Quite Frankly show. It featured sports news, comments on current events, and interviews. Smith joined ESPN in 2003 as a pregame analyst for NBA Shootaround (later renamed NBA Countdown). He was a regular on ESPN’s SportsCenter, ESPNEWS, First Take, and Pardon the Interruption, as well as a guest host on Jim Rome, is BurningSmith also hosted a Fox Sports Radio morning show.

Moreover, Smith has worked in a variety of capacities in the past, most notably as a general sports columnist for the Philadelphia Inquirer for 16 years (1994-2010). He worked as a reporter for the Winston-Salem Journal, the Greensboro News & Record, and the New York Daily News before joining The Inquirer. Since 2014, he has played “The Little Voice in Your Stomach” in a series of Oberto all-natural beef jerky advertisements, in which he has appeared with sportsmen such as Richard Sherman, Louie Vito, and ESPN’s Dick Vitale.