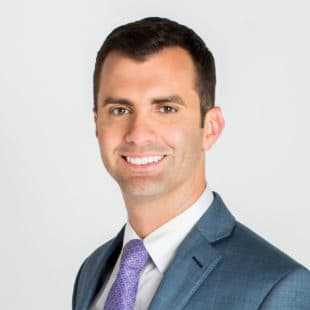 Jeff Darlington is an ESPN Productions television reporter who has appeared on shows such as SportsCenter and NFL Countdown.

Darlington went to Seminole High School (Pinellas County, Florida). He met Ryan Fowler and D’Qwell Jackson (Indianapolis Colts linebacker). After that, he earned a Bachelor’s degree in Journalism from the University of Florida.

He is a beloved son to Darlington senior and Rosemarie Darlington.

Darlington is married according to his Instagram account. However, he has not revealed the identity of her name. He resides in Fort Lauderdale.

He is a father of two children, a son, and a daughter. William James Darlington, his son, was born in early 2015, and Kate, his younger daughter, was born in May 2017. He refers to his children as his best friends and spends a lot of time with them.

Darlington joined ESPN in September 2016 after covering the NFL since 2005. Darlington is most known for his sit-down interviews and storytelling pieces. However,  he also reports from NFL stadiums for Sunday NFL Countdown during the season. He is a regular contributor to Get Up, NFL Live, and SportsCenter throughout the offseason.  He has great skills in spinning.

Additionally, Jeff also sat in on Super Bowl Sunday broadcasts for exclusive conversations with Tom Brady and Patrick Mahomes. Darlington spent five years as a national field reporter for the NFL Network before joining ESPN. In 2011, he moved to the TV from NFL.com, where he worked as a national correspondent. Subsequently, he covered the Miami Dolphins for the Miami Herald from 2006 to 2011, and during that time he began to appear on ESPN shows such as First Take to analyze NFL news.

Along with that, Darlington was employed by the Orlando Sentinel as a beat reporter for Florida Gators athletics in 2004 after graduating from the University of Florida with a journalism degree. He transferred to the Palm Beach Post the next year to cover the Dolphins. Later he won two Associated Press Sports Editors honors for breaking news during that time. He earned a sports Emmy for his sit-down interview with Antonio Brown while at ESPN, and he was nominated for another sports Emmy for a profile on Dak Prescott.