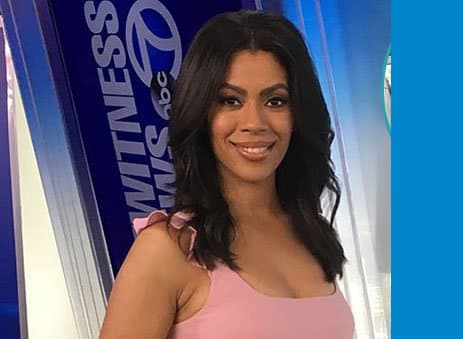 Allicot was born on August 15, 1974 in Annandale in the Essequibo region of Guyana, South America.

Allicot stands at a height of 5 feet 8 inches tall.

Shirleen is an American national.

Shirleen has a Bachelor of Arts Degree in Broadcast Journalism from Hofstra University in Hempstead, Long Island.

Allicot was born in Guyana but at the age of 3 months her parents moved to Ozone Park, Queens, New York where she grew up. They both worked for the NYC Transit Authority. Her father died in 2010 of full-blown stroke.

Allicot is married to Jesse Gilmer. The couple got married on June 25, 2015. The couple first mt in 2011. Jesse is the founder of JEG Sports & Entertainment based in New York. He has an MS in Sports, Marketing, and Management from New York University and previously worked in marketing for the world’s biggest sports and entertainment properties including the NFL, NCAA, PGAA, USTA, Coachella, among others.

L O V E in its purest form. Thank you @atishapaulson for capturing a moment in time on a regular day in late September. The love reverberates. Happy Mother’s Day to all who get to experience this joy. ❤️

Shirleen Allicot is a co-anchor of Eyewitness News this Morning and Eyewitness News at Noon. Before coming to WABC, Shirleen was the co-anchor of Action News at 4 on WPVI and Action News at 10 on WPHL in Philadelphia. There she covered everything from Hurricane Sandy to the Boston Marathon Bombings to the deadly 2015 Amtrak derailment. Among her memorable moments, interviewing First Lady Michelle Obama in the White House Kennedy Garden, and live reports in Chicago for Oprah’s final farewell.

Previous stops include News 12 Connecticut, News 12 Long Island, and News 12 the Bronx, where she shot, wrote and edited her own stories.

Shirleen’s actual salary is unknown but as a news reporter she has an average salary of $85,000.

Shirleen has an estimated net worth of $ 1 million.