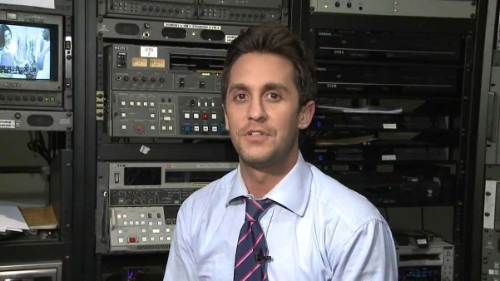 Sheldon Fox is an American journalist who serves as a news reporter and anchor at WSVN/CHANNEL 7 ( Fox Affiliate) based in Miami, Florida, United States. After leaving WGNO, the ABC station in New Orleans, Sheldon joined the Channel 7 news staff. Since 2006, he has been covering the network’s breaking news stories.

Details of his age are not known .

Details of his family background are not known to the public yet, but will be updated as soon as its available to us.

He graduated from the University of Central Florida with a bachelor’s degree in broadcast journalism.

Details of his marrital status are not known.

Fox, a Miami native who worked in South Florida early in his career, is thrilled to be reporting news for 7News in his hometown.

Sheldon previously worked as a television anchor and crime reporter in New Orleans, where he developed and anchored a most-wanted series that led to the arrest of over 200 suspected criminals in one of the country’s most dangerous cities.

Sheldon covered important stories ranging from the post-Hurricane Katrina rebuilding of an American city to a first-in-the-nation murder rate, public corruption, police scandals, Hurricanes Gustav, Ike, and Isaac, the BP Gulf Oil Spill, and other big stories in his six-plus years there, often with fast-paced, breaking reports, which became his specialty.

In 2010, he returned to his homeland of South Florida to cover Super Bowl XLIV and the New Orleans Saints’ historic victory.

Sheldon broke several big stories in the months leading up to his departure from New Orleans, including a local sheriff’s office investigation into the alleged beating of two brothers after a botched traffic stop, an incident that resulted in high-ranking police officials resigning and subsequent investigations.

His exclusive revelation on textbook dumping at a FEMA-assisted elementary school following Hurricane Isaac resulted in sanctions for a disaster cleanup business.

The Associated Press honored him for his coverage of Hurricane Ike in Galveston and Nassau Bay, Texas, and the Press Club of New Orleans honored him for breaking and continuing coverage of a 1st grader who was handcuffed at school, a series of reports that resulted in security changes and employee firings within the New Orleans Recovery School District. Sheldon worked in Atlanta before coming to New Orleans, where he reported news and sports as well as anchoring morning weather and traffic.

He anchors news for many South Florida radio stations and covers breaking news and traffic for television in Miami.

After graduating from the University of Central Florida, he began his profession in Orlando. Sheldon spent his days covering the Orlando Magic for local radio and TV stations and his nights reporting and anchoring news and sports for a National Public Radio affiliate.

Details of his annual salary are not known.

Details of his estimated net worth are still under review.