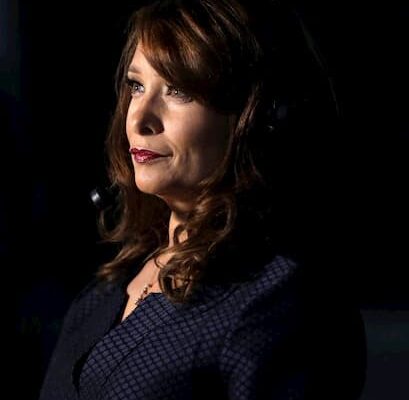 Leah Hope is an award-winning American journalist, anchor, and reporter who works for ABC 7 News in Chicago, Illinois.

Leah is from Afro-American descent

She is the great granddaughter to the first African American president of Morehouse college in Atlanta , john hope. Her biological parents are not known as per now.

She is happily married to Brayan Smith a Chicago magazine writer and the couple resides in the Chicago area.

She is a loving mother of one beautiful girl. She posted her on facebook on 23rd April making a birthday wish that her baby would grow up to know her grandparents and that her life would be filled with people who love her.

She focuses on important stories affecting the lives of the people of Chicago as well as special investigations. Previously before joining ABC she worked in Portland Oregon for KATU -TV which is also an ABC affiliate. She previously worked for WISH-TV in Indianapolis, Indiana, where she held the same jobs. Hope’s work on issues affecting African Americans has been recognized on a national and local level.

Hope is a member of the Poynter Institute for Media Studies in St. Petersburg, Florida, as a visiting faculty member.
She serves on Columbia College’s Journalism Advisory Board and is a member of the Investigative Reporters and Editors Association, the National Association of Black Journalists, American Women in Radio and Television, and the National Academy of Television Arts and Sciences, among other journalism organizations.

She was honored by the National Association of Black Journalists (NABJ) with two prizes for stories about a group of “Lost Boys” . They  were attacked by a Chicago gang and changes in the cosmetic business that mirror America’s changing face.

Hope also won an Emmy over “People, Places, and Things You Should Know: Women in Science and Technology,” which earned the Gracie Award from American Women in Radio and Television in 2001, was written with her help. The Society of Professional Journalists has given Hope many Peter Lisagor Awards for articles ranging from breaking news to consumer and business reporting.

The American journalist, anchor and correspondent has garnered an estimated net worth of $2 million.