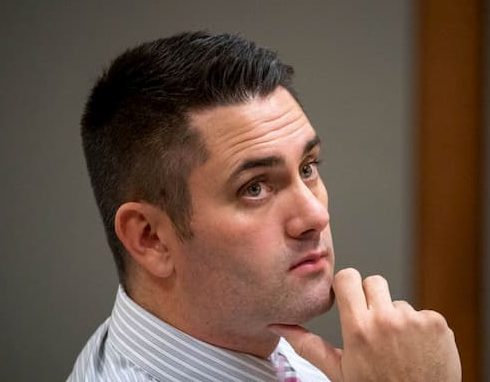 Seth Lookhart is an Anchorage dentist who extracted a patient’s tooth while on a hoverboard. He was sentenced to 12 years in prison for dozens of charges including Medicaid fraud on September 14, 2020.

Shaun graduated from dental school in 2014.

Seth was a dentist at Anchorage, Alaska until his dental license was suspended in 2017. He moved to Alaska to begin his practice in mid-2014. He first took a position working for a local
dental group at a clinic on Muldoon doing business as Alaska Dental Arts LLC. Alaska Dental Arts LLC was chiefly owned and operated by two local dentists, Dr. Broc Brimhall and Dr. Shane Rhoton. He was an independent contractor at the time and the agreement he signed with Alaska Dental Arts LLC required him to operate all aspects of the clinic at the Muldoon location, including developing new patients, performing all dental services, assessing eligibility for payment, billing and collecting funds for services.

He shortly after obtained a business license for a personally held business, Lookhart Dental LLC. In March 2015 he hired Shauna Cranford to be his office manager as he was struggling as he had become the solo dentist at Alaska Dental Arts on Muldoon. Based on her prior experience at other dental clinics, Cranford began working with Lookhart to develop a more successful business model for the Muldoon clinic.

In April 2016 Lookhart bought Alaska Dental Arts and renamed the clinic to Clear Creek Dental LLC, a
company owned by his other LLC, Lookhart Dental LLC.

In 2017 a lawsuit filed by the state charged Lookhart with “unlawful dental acts,” saying his patient care did not meet professional standards. He also billed Medicaid for procedures that were either unnecessary or not properly justified.

He was found to have performed anesthesia “thousands of times without training or consent, on patients outside his scope of training and expertise, while stealing money from Medicaid and embezzling from his bosses.”

During his trial patients said they had woken up to find that Lookhart had worked on or removed the wrong tooth, or that he had performed a different treatment than what they had agreed to.

In a verdict issued by the Alaska Department of Law, Medicaid Fraud Control Unit (MFCU) on January 17, 2020 Lookhart was convicted of 46 counts of felony Medical Assistance Fraud, felony Scheme to Defraud, and misdemeanor counts of Illegal Practice of Dentistry, and Reckless Endangerment. The judge also found Lookhart’s corporation “Lookhart Dental LLC, d/b/a Clear Creek Dental,” guilty of all 40 counts alleged against it.

The judge found that Lookhart specifically intended to steal from the Alaska Medicaid program, that Lookhart did so by means of illegally practicing dentistry, and that Lookhart placed his patients in substantial risk of serious physical injury while doing so.

In parts is the press release description of the fraud;

“Dr. Lookhart, as a new dentist, was working for two established dentists in a practice called Alaska Dental Arts. Dr. Lookhart was to be paid the greater of $240,000 a year or 30% of the money he was able to generate. Dr. Lookhart was convinced by Cranford to begin offering IV sedation to Medicaid patients as an alternative to more common and less costly methods of anesthetizing a patient for a dental procedure. Dr. Lookhart and Cranford began to push IV sedation for Medicaid patients. The cost for the IV sedation is generally not included in the patient’s $1,150 annual limit for non-emergency procedures. This practice quickly became very lucrative for Dr. Lookhart resulting in his practice alone being responsible for 31% of the total Medicaid payments for IV sedation in 2016. IV sedation is governed by specific regulations that limit its approved use to a few narrow circumstances that must be properly documented.

Dr. Lookhart devised a scheme to cut out his then partners by billing Medicaid under a different provider ID and sending the money directly to his home. The estimated value of the fraud towards his partners is approximately $250,000 to $350,000. Additionally, private insurance generally does not cover IV sedation, so Dr. Lookhart began offering private pay clients the option of paying a $450 flat fee when he was billing Medicaid as much as $2,049 for the same service. Medicaid regulations specifically prohibit providers from billing Medicaid more than the general public is charged for the same service. Since obtaining his IV sedation license in 2015, Dr. Lookhart has been paid by Medicaid approximately $1.9 million for IV sedation services; he has billed Medicaid approximately $2.5 million.

Seth was filmed extracting a tooth from a sedated patient while riding a hoverboard. He then sent the video to several people. According to the lawsuit, citing phone records in atleast one conversation, Lookhart joked that performing oral surgery on a hoverboard was a “new standard of care.”

On September 14, 2020 Seth was sentenced to 12 years in jail with eight years suspended. He will also not practice dentistry during his 10 years of probation. He is set to start serving his sentence on December 7, 2020.

After the sentence Seth apologized for his actions; “Looking back, I can’t say exactly when I began to go off course. While I do not doubt that I was able to render care and alleviate the pain to many people who were in dire need, I also know that I could have and should have maintained better discipline and focus while serving a patient base I came to love. I know I would be my best self and in turn able to serve my family and the community best if I were granted the privilege and the hope of a renewed lease on life, practicing dentistry and living among those that I love.”