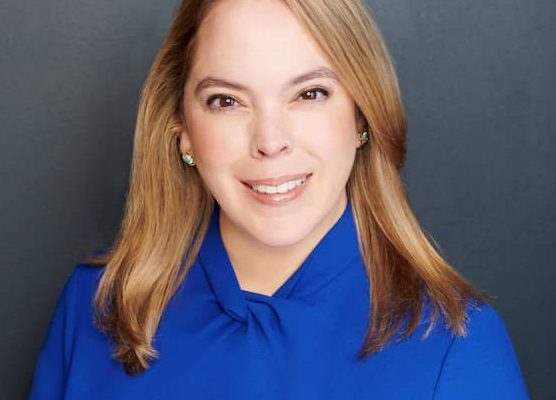 She has a Bachelor of Arts degree in Political Science and a minor in World History and Theater Arts from the University of Pennsylvania. She also holds a Master of Arts in International Security Studies and Counterterrorism from the National Defense University.

There is no available information regarding her marital status or family.

Troye served as a special advisor to the Vice President (Mike Pence) for Homeland Security, Counterterrorism, and North America from May 2018 to August 2020. She also served as Advisor for Homeland Security, Counterterrorism, Africa and the United Nations. (May 2018- December 2019) and covered the Western Hemisphere Affairs portfolio in addition to main portfolios (August 2019- April 2020). She also served as a lead on the White House Coronavirus Task for the Vice President.

According to her LinkedIn account, she served as Chief- Strategy, Plans & Policy, Office of Intelligence & Analysis for the U.S. Department of Homeland Security (November 2016 – June 2018)

She supervised a team of highly motivated officers providing strategy and policy guidance for I&A. Lead for all intelligence-related policy initiatives across the DHS enterprise in conjunction with the Office of the Director of National Intelligence (ODNI), ensuring that I&A equities are clearly represented both within the Department and externally. Led all intelligence input across DHS for multiple reports required by Presidential Executive Orders. Principal I&A/Departmental representative on intradepartmental and interagency strategy and policy committees, on domestic terrorism, crisis response, border security, counter-narcotics, critical infrastructure protection, cyber security, resilience and response. Served on the Office of the Direction of National Intelligence’s Policy Advisory Group.

In July 2010 she became the director for Middle East and North Africa, as well as simultaneously the Executive Director of the U.S.-Iraq and the U.S.-Bahrain Business Councils. She served as subject matter expert for the Chairman and the Chamber’s Board of Directors on foreign developments related to national security issues.

She also served at the U.S. Department of Energy as a senior advisor to the Director of Intelligence and Counterintelligence. She currently serves as the vice president of strategy, policy and plans for the National Insurance Crime Bureau.

Olivia spoke against President Donald Trump in a video released by “Republican Voters Against Trump” saying he “could have saved lives” in his response to the coronavirus pandemic.

“When we were in a task force meeting, the president said, ‘Maybe this COVID thing is a good thing. I don’t like shaking hands with people. I don’t have to shake hands with these disgusting people.’ Those disgusting people are the same people that he claims to care about, these are the people still going to his rallies today who have complete faith in who he is. If the president had taken this virus seriously, or if he had actually made an effort to tell how serious it was, he would have slowed the virus spread, he would have saved lives.”

Troye joined the coronavirus task force in late January when it was first established. According to an article by The New Yorker Troye claimed that the President “can’t seem to care about anyone else besides himself.” She alleged that during the crisis Trump was “disruptive” and could not “focus.” She alleged that he was consumed by himself and his prospects in November. “For him, it was all about the election.”

She added that “Trump’s handling of the situation—the conscious spreading of disinformation, the disregard for the task force’s work—had made the crisis far worse for Americans. She warned about the President’s push for a vaccine before the November election and said that she did not trust him to do the right thing for the country’s health and safety. ‘What I’m really concerned about is if they rush this vaccine and pressure people and get something out because they want to save the election.’

According to The New Yorker, Olivia alleged that she had seen President Trump rant in “private about Fox News coverage as his public-health advisers desperately tried to get him to focus on a disease that has now killed some two hundred thousand Americans.”

Olivia resigned from her position. Her resignation letter was released which read in parts, which is addressed to “task force members”

“Having been on several conference calls into the late night hours starting in January, to supporting you day and night in every possible way to help you succeed in this mission, I have witnessed first hand how dedicated and committed all of you have been to doing the right thing. Thank you for entrusting me to be your rock during this hard time. I will always be rooting for you knowing that you will continue to fight the good fight.”

President Trump also said that she resigned but later added that she was “terminated.” “They didn’t want her. She was terminated. She has nothing to do with me. I don’t know her, I never met her.”

According to The New Yorker, Troye described herself as a ” lifelong Republican”. She said her first job out of college was at the Republican National Committee. On 9/11, she fled her office on foot a moment that convinced her to pursue a career in national security.

She served as a George W. Bush Administration appointee in the Pentagon and for the first year and a half of the Trump Administration, she worked at the Department of Homeland Security, as a career intelligence official, before being detailed to Pence’s staff.

In the Ad by Republican Voters against Trump Troye said she will vote for Joe Biden. “I have been a Republican my entire life. I am voting for Joe Biden because I truly believe we are at a time of constitutional crisis. At this point it’s country over party.”