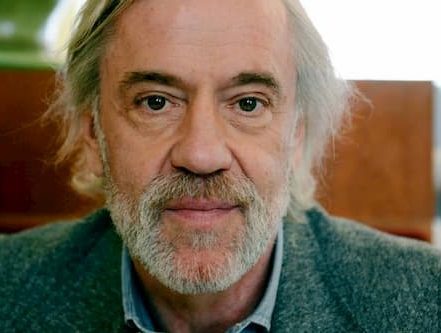 Roland Mary is the restaurant owner of Borchardt, one of Berlin’s most famous restaurants. He is married to German model Nicole Poturalski, who is said to be in a relationship with Brad Pitt.

Roland is the owner of Borchardt, one of the famous restaurants in Berlin. The restaurant is known for hosting prominent celebrities, politicians, entertainers such as; Barack Obama, German leader Angela Merkel, Natalie Portman, Madonna, George Clooney, and Quentin Tarantino.

It is alleged that Brad Pitt and Roland Mary have known each other for atleast a decade. It is said that Brad first started going to the eatery in 2009 when he was filming Inglorious Bastards on location in Germany.

According to YourTango a source reported; “Brad Pitt has been coming to Borchardt for years. He knows Roland [Mary], and Nicole was at the restaurant when he came to celebrate his new film. Brad was introduced to Roland’s wife Nicole [Poturalski] and she passed him her number. Nicole travels a lot for her work as a fashion model and she connected with Brad Pitt while she was in LA for work.”

Roland has not commented on the relationship. When the Daily Mail reached out for a comment he simply said; “No comment.”

A friend of Roland however told the publication; “Roland is a very philosophical guy. He has been married several times and has five children. He is not interested in negativity or jealousy. They are still married but you could describe their relationship as an ‘open marriage’”.

Roland is a father to five children. He shares a 7-year-old boy named Elin with Nicole.