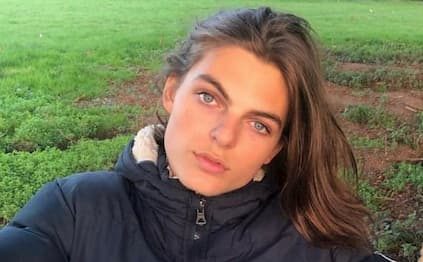 Damian is the son of Elizabeth Hurley, English actress, businesswoman and model. She got her first modeling job at the age of 29 with the cosmetics company Estée Lauder. They have featured her as a representative and model for their products, especially perfumes such as Sensuous, Intuition, and Pleasures, since 1995.

Damian is the son of Steve Bing, the late American businessman who was the founder of Shangri-La Entertainment. Steve initially denied Damian’s paternity and alleged that he and Elizabeth had a brief, non-exclusive relationship in 2001. In 2001 a DNA test proved that he was the father. Bing died on June 22, 2020 after committing suicide by jumping from his apartment on the 27th floor of a building in the Century City neighborhood of Los Angeles.

Steve drafted a legal document in 2001 excluding his offsprings from his will. In the document he said he had been informed of Elizabeth’s pregnancy and it was his intention not to provide for the child.

“I have recently been informed by an individual that she is pregnant with my child, and I here by declare that whether or not such child is mine, it is my intention not to provide in this Will for such child (or any other child as to which I may be the father) in this Will or for the offspring of any such child or children, whether now living or here after born.”

The document also included an “intentional omission” clause; “I have, except as otherwise specified in this Will, in full knowledge omitted to provide for my heirs, expressly including, but not limited to, any person now living or hereafter born who is, or claims to be, my spouse, my child or the issue of deceased child of mine.

My decision not to provide for any child living at the time of my death, expressly including, without limitation, [any] child as to whose birth [I] am unaware, is based upon many reasons, such that Section 21622 of the California Probate Code shall not be applied to any such child. My-Executor is hereby authorized to defend, at the expense of the trust estate, any contest…”

Damian is a model that was signed by model agency Tess Management in 2018. In July 2019 Damian appears in a new campaign video for make-up artist extraordinaire Pat McGrath alongside Violet Chachki, Sonjdra Deluxe and Primrose Archer.

In August 2020 he was signed with IMG Models, who are known for representing supermodels like Barbara Palvin, Bella and Gigi Hadid, and Ashley Graham.

Damian made his acting debut in 2016 on his mother’s show ‘The Royals’ where he played Prince Hansel Von Liechtenstein.

Damian has not revealed his sexual orientation.

Is Damian Hurley A Girl

Damian is not a girl.

He was born male and has not transitioned.

In July 2021 Damian was cut out of his father’s multi-million dolar trust by his grandfather, Dr. Peter Bing. Dr. Peter Bing cut both Damian and his older half-sister Kira Bonder out of the family fortune because they were born out of wedlock. The fortune will instead be divided between the two children of Steve’s sister Mary, whose kids were not born out of wedlock.

Peter Bing had wroten a will while Hurley was pregnant with Damian, disinheriting the baby. In March 2019 he went to court to cut Damian and Kira out of the ‘grandchildren trusts’ he had set up nearly 40 years earlier, on the basis they were both born out of wedlock. Hurley and Kira’s mother, with help from Steve Bing, fought the action and won, temporarily.

In October 2020, four month’s after the death of Steve Bing, Peter Bing appealed the decision and a judge ruled that he could distribute the trust as he saw fit.

After the decision Liz told the Dailymail; ‘Damian’s grandfather, Peter Bing, had attempted to have Stephen’s children, including Damian, disregarded as his grandchildren in the irrevocable trust he had previously set up. Stephen fought very hard in his last year to have his children recognised and repeatedly told me how incredibly important this was to him.

He was happy beyond belief that the trial verdict ruled that Damian was to be treated like his sister’s children as far as the trust was concerned.I am just relieved that Stephen will never know that Damian’s relatives — Stephen’s father and the family of his sister Mary — were ultimately successful in their appeal against the original trial verdict.’