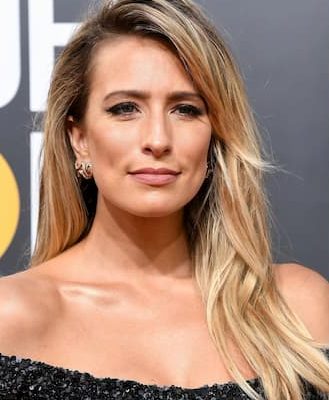 Renee Bargh is an Australian Emmy award-winning TV host. She is a correspondent and weekend co-host on ‘Extra’, an entertainment news program. She is also a host of The Voice Australia.

Bargh is a correspondent and weekend co-host on “Extra,” the Emmy® Award-winning entertainment news program since 2010. She has interviewed many Hollywood stars and has also covered all the major events in Hollywood and has become a red-carpet staple at the Academy Awards and the Golden Globes, among others. She began her career hosting surfing adventure series “Surfari” on Channel Nine.

She joined Channel 5 as a co-host of “What You Want,” Channel [V]’s studio countdown show. She also hosted the weekly V Rater and the V News; and presented two series on B430, Channel V’s youth travel show, taking her to Budapest, New Zealand, New York, and Los Angeles. Additionally, Renee has hosted numerous red-carpet events, movie premieres, the Arias, the Astra Awards, and an array of festivals, including two live broadcasts from the Big Day Out; a ten-hour broadcast from Sound Relief; Splendour in the Grass; Homebake; and Good Vibes.

In 2020 she joined The Voice Australia as a host, after the departure of the previous host Sonia Kruger.

“It’s an absolute dream come true to be heading home to Australia and joining The Voice family. When it comes to entertainment television, it doesn’t get much bigger or more dynamic than The Voice. I’ve always been a huge fan of the show and am looking forward to meeting the next wave of incredibly talented Aussie artists.”

2020 has sure been a wild ride but here’s something I’m excited about… I cant wait for y’all to see this season of @thevoiceau #comingsoon ✌?

Renee is alleged to be dating Brad Pitt although it si just speculations as they have not confirmed the claims. It is alleged that the two met when Bargh was in the U.S. to work the SAG Awards red carpet in January 2020. According to a source, the red carpet seemed to go beyond the usual professional banter as Pitt was allegedly winking at her and that Brad talked to her longer than he speaks to most reporters.

“He never usually opens up on the red carpet like he did to Renee, so the fact he stayed so long talking to her is proof how impressed he was. She was the one who called time on their interview, not the other way around, and that’s also fairly unheard of!”

In July 2018 Woman’s Day magazine reported that Renee was secretly dating actor Tom Cruise after they hit off at a film premiere in Paris. During an appearance on ‘The Kyle and Jackie O Show’ she rubbished off the claims and said the speculation was ‘ridiculous’ and untrue.

‘We just had a couple of great interviews on a red carpet, I think in Paris, and then someone just wrote that article… it came out of nowhere.’

Her partner is unknown but she is alleged to be in a relationship with Brad Pitt.