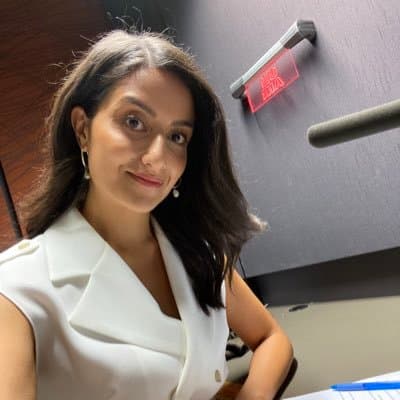 Nour Haydar works for the ABC’s Parliament House office in Canberra as a political correspondent. She began her career as an ABC News cadet in 2017 and now files for television, radio, and the web. She worked as a producer at Sky News Australia before joining the ABC, and she studied journalism at the University of Technology Sydney.

She is a beloved daughter to Haydar Haydar (father) and Salwa Haydar. Her parents were Lebanese migrants. Her mum was 13 years younger than her father. She was in Australia with no immediate family, no tertiary qualifications, and no financial independence. Her mother was murdered by her father in 2015 with 30 stabs.

She has three siblings a brother, Amani, and Ola.

She has not released the details of he husband or boyfriend until now to the public.

She is the mother of one child.

She began her journalism career as an intern in Intern Breakfast Producer 702 ABC Sydney. For two months she also worked for 2Ser as a reporter and a producer. In 2015 she joined Sky News, where she worked as a producer. She then left in January 2017. In Feb 2017, Nour joined ABC as a reporter. She later was promoted to NSW Political Reporter as a multiplatform reporter covering politics for ABC News. In 2019, she became the official political reporter in Canberra for ABC.

She earns a salary of approximately $79,000 annually.

She has garnered a net worth of $ 1 million