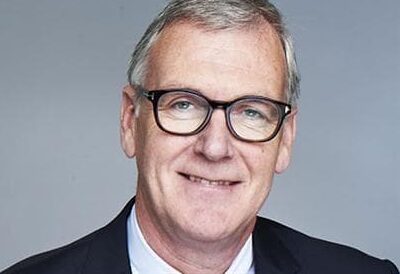 Nigel Sharrocks is an entrepreneur and husband of BBC presenter Fiona Bruce. He is a non-executive chairman of Digital Cinema Media, an ad company that supplies cinema ads to be played in Cineworld, Odeon and Vue cinemas.

Nigel married his wife Fiona Bruce in 1994. The couple met at ad agency BMP, where Nigel was the company’s director and Fiona briefly worked there.

Fiona is a BBC presenter. She began her career as a producer and reporter on both BBC Breakfast and Newsnight. In 1999 she became the secondary presenter of the BBC Six O’Clock News. She was the first female to anchor the BBC News at Ten.Since January 2019 she presents Question Time on BBC 1. She is also the presenter of BBC The Antiques Roadshow and co-hosts Fake or Fortune alongside Philip Mould.

Nigel and his wife have two children together; a son known as Sam born in January 1998 and a daughter known as Mia born in November 2001.

What Does Nigel Sharrocks Do For a Living

Sharrocks has more than 20 years in senior roles within the Entertainment and Communications sector. He is Local Planet’s chairman, world’s largest independent Media Agency Network.

He previously served as Managing Director of Warner Bros.  ssince 1999 where he oversaw the release of more than 150 movies, including the Harry Potter and Matrix franchises. He was Chairman and MD of Grey Advertising and MediaCom and later moved to the role of MD for Aegis Group Northern Europe and later Aegis Media Europe.

He holds several senior Non-Executive directorships and Chairmanships in the UK including Digital Cinema Media, an ad company that supplies cinema ads to be played in Cineworld, Odeon and Vue cinemas.

#bbcqt Fiona Bruce’s husband Nigel Sharrocks is the CEO of Carat Global Management Limited which is an advertising company.

That company received £3.9m from the Treasury to advertise Government policies.

I wonder why she is bias?