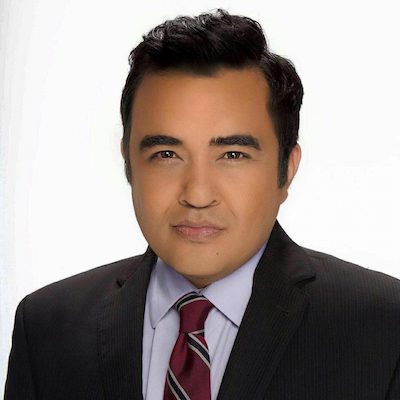 Mekahlo Medina is an American anchor/reporter working for NBC4 weekend morning newscast and can be seen airing from 7 to 8 a.m. Additionally, he reports during the weekdays on NBC4 Today in LA and the NBC News at 11 a.m.

His age is not known to the public as he likes to keep his personal life private.

He stands at the height of 5 feet 6inches tall.

He was able to attend the New Mexico State University and graduated with a degree in Broadcast Journalism. Medina is good at Spanish.

Medina has not revealed information about his parents or siblings therefore we do not know about his family members.

He has not shared any information about his relationship status.

Being one of the prolific social networkers for NBC4 he joined the station in 2006. Using his news stories across different social media platforms both on television and in the digital sphere. Medina is as well known for leveraging the ‘second screen’ experience by motivating the station’s viewers to engage on social media. He is highly engaged with viewers on Facebook, Instagram, and Twitter.

While he joined the station he served as an anchor and manager of “News Raw,” a news show which aired on the station’s digital channel, that focused on culture, news coverage, social media and technology. When Facebook and Twitter were taking off around the same time coincidentally, he used these media outlets to offer content which he reported on NBC4.

Before joining NBC4, he worked for KSTP-TV in Minneapolis as a general assignment reporter. Prior to that, he worked for KPNX-TV in Phoenix. Then afterward moved to NBC television affiliates before joining KOB-TV in Albuquerque. Medina left and started working for KTSM in El Paso.

Medina likes to do painting and he likes to write poets.