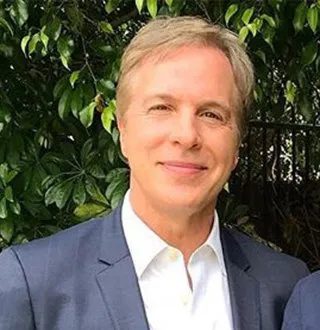 Robert Kovacik is an American anchor/reporter for NBC4 Los Angeles. He is seen on weekdays evening newscasts at 5 p.m., 6 p.m. and 11 p.m. In addition, he is an Emmy award-winning journalist having won the award three times.

Kovacik was born in Cleveland, Ohio, the United States in the year 1964 currently he is 57 years old.

He is well educated and was able to graduate with honors after attending Brown University and Columbia University’s Graduate School of Journalism.

Information concerning Kovacik parents, siblings and relatives is not revealed to the public yet.

Kovacik likes to keep his personal life away from the public since he has never shared any information to do with his relationship status and as a result, it is not known whether he is married or in a relationship.

Known for his in-depth coverage of national and international events and the local perspective that he brings to viewers. Most recently he traveled to Windsor Castle in England covering the most anticipated wedding modern times. A Los Angeles native the royal wedding between Prince Harry and Meghan Markle, the Duchess of Sussex. He covered and interviewed dozens of locals in Southern California who traveled overseas to be part of the celebration and also many sites and sounds leading up to the big event. Prince Harry gave Kovacik a royal welcome.

Kovacik reported on important events, such as Manchester, England terrorist bombing attack and Las Vegas mass shooting both in 2017. He was on the scene when the Oroville Dam in Northern California nearly collapsed and the 19 fallen firefighters of Prescott, Arizona. He also covered the Orlando mass shooting when an armed man started shooting in a nightclub in 2016.

Kovacik enfolded the late spring Olympics in London then afterward he was NBC4’s correspondent for the 2013 Papal Conclave in Rome he was subsequently honored by the British Consul-General of Los Angeles for his reporting of the Games. Kovacik acquired Emmy Awards for both international tasks.

Politically, in 2016 Kovacik covered New York City where candidates Clinton and Trump awaited election return and Presidential discussions and primaries, such as reporting in Washington, D.C. for the burial service of George H. W. Shrub, in Cleveland for the Republican Convention.

Kovacik’s reporting on the investigation surrounding President Clinton’s impeachment was added in the Kenneth Starr Report his groundbreaking exposes into congested LA animal shelters helped force the city to swap its laws. In addition, his complete examination into the Los Angeles Fire Department’s 911 response times caused the Mayor to call for an audit of the LAFD.

Through the course of his career, he has been recognized for a couple of industry accolades. The awards include multiple Emmy, Associated Press, Murrow Awards and Golden Mike. Kovacik has received the Genesis Award three times presented by the Humane Society of the United States. The award recognizes the best media coverage of animal protection issues. Additionally, he was also named Television Journalist of the Year in 2013 at the 55th Annual Southern California Journalism Awards. In conclusion, he was the recipient of the Los Angeles Area Emmy award for outstanding hard news reporting in 2018.

Kovacic has had extensive interviews with industry icons, as well as Jane Fonda, Hugh Hefner, Bob Barker, Angela Lansbury, Robert Redford and Quincy Jones. For ten years and counting, he has been backstage for NBC4 and other affiliates at the Academy Awards, the Golden Globes, the Emmys and the Grammys.

He was awarded a Golden Mike, a Los Angeles Press Club Award for breaking and spot news reporting. In addition, he received Edward R. Murrow Award for his coverage on one of the most interesting live shots that occurred in Southern California covering an extensive manhunt for an alleged murderer. While on air the suspect suddenly appeared and surrendered to Kovacik.

He was elected by his peers as President of the Los Angeles Press Club where he served for three consecutive terms. Afterward, he was named an Honorary Board Member with the title President Emeritus status.

Being the youngest anchor in the nation’s largest market early in his career, New York City, when he was named anchor of KCET’s overnight venture, “Nightworld.” Being passionate about causes that affect Southern Californians he participates frequently in community events throughout the region.

For the past four years, Kovacik has been asked to narrate stories of bravery and sacrifice as Master of Ceremonies for the Los Angeles Fire Department’s Valor Awards, the department’s highest honors.

He is a member of the Honorary Board of Operation Blankets of Love, non-profit animal welfare and emergency relief organization. Kovacik is also a dedicated supporter of animal-related causes and helps out to raise awareness about the well-being of animals and the significance of pet adoption, including for NBC4’s annual Clear the Shelters adoption drive.

He has an estimated net worth of $1 million – $5 million.