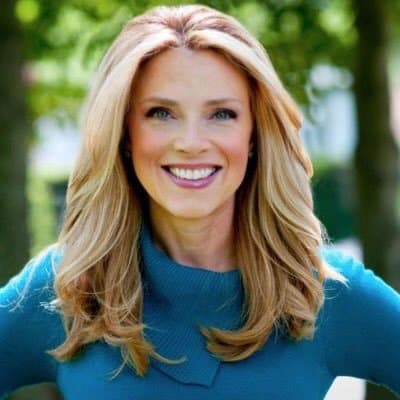 Her date and year of birth are not yet known to the public.

She has not released any details about her parents to the public yet.

She is happily married to her husband.

She is a devoted mother of two kids and two rambunctious dogs The family and tries to spend as much time outdoors as possible, hiking and exploring San Diego. While indoors, Mckenzie cheers on her USC Trojans and her husband’s Green Bay Packers.

In March of 2017, Mary McKenzie joined the 10News crew. Mary began her journalism career as a morning anchor and reporter for KSFY, the local ABC affiliate, in Sioux Falls, South Dakota. She reported on blizzards, floods, and tornadoes, giving her a crash education in storm coverage.

In addition to that, McKenzie began working with 10News in March of 2017. She is a Southern California native who is overjoyed to be back in the land of wonderful weather and year-round outdoor activities after years of traveling around the country. She also reported for the channel on health and education issues.

Furthermore, Mackenzie’s next stop was News 12 Long Island, where she covered wildfires, hurricanes, and, believe it or not, earthquakes. Mary began her career as a freelancer in New York before joining News 12’s weekend morning show for two years. She then worked at WBFF-TV in Baltimore, where Mary worked as a weekend morning anchor and reporter.

His net worth is approximately $1 million dollars.