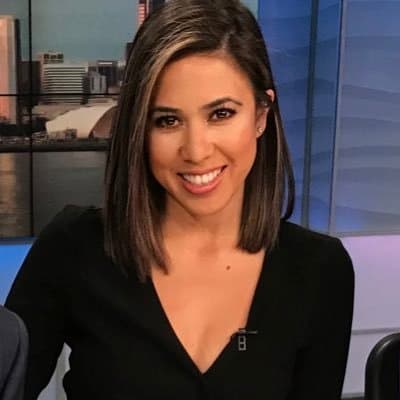 Vanessa Paz is a morning traffic anchor and reporter for ABC 10News (KGW-TV) in San Diego, California.
Vanessa worked previously as a weather and traffic anchor at KGW-TV in Portland for two years and seven months before joining KGTV-TV.

Paz was born in Chula Vista, California, in the United States of America, however, her year and date of birth is not yet known.

She earned a bachelor’s degree in broadcast journalism from California State University, Los Angeles, and is of late pursuing a master’s degree in meteorology at Mississippi State.

She has two siblings, a younger sister, and a brother.

She has a boyfriend whose name is still not revealed to the public.

There are no known kids to the public yet.

Vanessa worked for nearly a decade in the Pacific Northwest, with stations ranging from Eugene to Portland. She most recently worked for Portland’s NBC station, KGW news, as a morning traffic reporter and weekend weather anchor.

Additionally, Paz covered everything from catastrophic accidents to road closures to local weather systems across the Cascades to the Coast. She has worked previously as a nightside reporter for Portland’s Fox station, KPTV. She reported on a variety of topics from community-wide issues and protests to national guests such as politician Bernie Sanders’ visit to the Moda Center while covering the Portland metro area and its outlying neighborhoods.

Along with that, Vanessa began her career in Eugene, Oregon, where she worked for two local news stations, KVAL and KMTR. She was able to pick up all journalistic responsibilities in Eugene, including producing, writing, editing, shooting, and stepping in as anchor and weather reporter.

His net worth is approximately $1.5 million dollars.