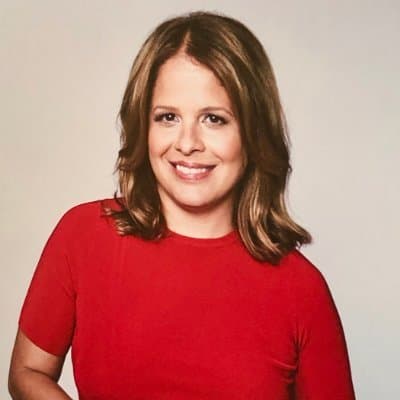 Maria Santana is a Dominican media personality working as an anchor and correspondent for CNN En Español and frequent contributor to all CNN networks and platforms and based in New York. She previously served as a correspondent for Mega TV, a Spanish Broadcasting Systems network, and a producer and editor at Telemundo, WNJU-TV.

Born in the Dominican Republic, Maria moved to New York at the age of 4 and grew up in Harlem. Her exact date, month and year of birth is not known.

She is a Dominican by nationality

Maria attended Manhattan Center For Science and Math and later joined  Wesleyan University and graduated with a Bachelor of Arts in  Psychology.

Her parents  are Dominican immigrants. However, Maria hasn’t revealed any information concerning her parents. It’s also not known if she has any siblings.

Santana is married to  Miguel Guadalupe the Director of Donor Relations for BRC, one of New York City’s leading nonprofit organization providing caring and effective services and housing to homeless and vulnerable New Yorkers .Miguel studied government and Latin American studies at Wesleyan before going on to work in the financial services industry in New York. In his spare time, Miguel writes for magazines and blogs, and engages in volunteering.

Maria  is a New York based anchor and correspondent for CNN En Español and frequent contributor to all CNN networks and platforms. She is a three-time News and Documentary Emmy nominee, most recently for CNN’s 2017 coverage of the devastating impact of Hurricane Maria in Puerto Rico.

She  handles a wide range of topics, from breaking news, politics and finance to sports and entertainment. In 2016, she reported extensively on the mood of Latino voters in different parts of the country ahead of the 2016 presidential election and continues to highlight the policy issues that most affect these communities, including the continuing political debate over immigration reform. Maria has also reported on major news events such as the Sandy Hook Elementary School shooting, the Boston Marathon bombings and the annual gathering of world leaders for the United Nations General Assembly.

Prior to joining CNN, Maria was a correspondent for Mega TV, a Spanish Broadcasting Systems network, and a producer and editor at Telemundo, WNJU-TV,

Maria is also on the Board of Directors of Legal Outreach, Inc., a non-profit organization focused on changing the educational trajectory of urban youth from underserved New York City communities by providing them with the tools, skills and vision to succeed in higher education.

Maria’s estimated net worth is unknown.