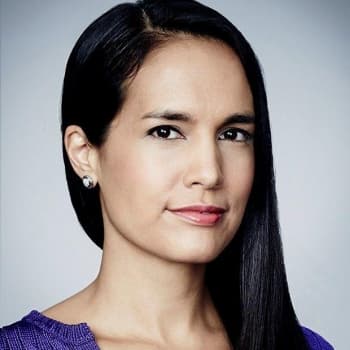 Kristie Lu Stout  is an American media personality serving as an anchor and correspondent for CNN, based in Hong Kong. She also hosts feature programs for CNN, most recently presenting Tech For Good and occasionally hosts the talk show Talk Asia and fills in for Rosemary Church and Max Foster on their editions of CNN Newsroom.

Lu attended Lynbrook High School in San Jose, California and  studied journalism as an undergraduate at Stanford University before travelling to China to learn Standard Chinese at Tsinghua University. She then graduated with a master’s degree in media studies from Stanford.

Stout was born to a European American father Li Gang and a Han Chinese mother and  as a result, she was raised in a partially Chinese-speaking household. Her mother was born in Taiwan to parents from Guizhou. Not much is known about her parents as she has kept her family life off the limelight.

She was brought up alongside her sister whose name she hasn’t revealed . In Aug 27, 2015, Lu posted a photo of her and her sister on her Instagram page with a caption,” my sister, baby cousin and our moms. Back in the 80s. #ThrowbackThursday #TBT #SuccessPerm #MyAsianAmericanStory”

Kristie  is married to Seung Chong , a Malaysian Chinese attorney and a leading M&A lawyer who attended  University of London and Buckingham University .The duo exchanged their marriage vows  on 1 September 2001.

Lu and her husband has a daughter named Arabella, who was born on 29 September 2009.

Kristie is an anchor and correspondent for CNN, based in Hong Kong. She reports from the newsroom and in the field on major breaking news stories including US-China tensions, the National Security Law, the coronavirus pandemic, the Hong Kong protests, the New Zealand terror attacks, North Korea’s advancing weapons tests, and the aftermath of Super Typhoon Haiyan.

She also hosts feature programs for CNN, most recently presenting Tech For Good, a television and digital series comprised of intimate, inspiring and transformative stories from every corner of the globe. In her feature show Inventing Tomorrow, she interviews the entrepreneurs, experts and businesses developing innovative ways to battle and navigate the COVID-19 health crisis. Starting from 2001, she hosted the daily World Report which earned her a 2006 Asian Television Award as Best News Presenter or Anchor when it was still called CNN Today. She occasionally also hosts the talk show Talk Asia. She previously hosted CNN’s technology program Spark, their daily “Tech Watch” segment, and the monthly program Global Office. From 2010 to 2018, she hosted CNNI’s premiere Asia-Pacific Primetime show News Stream with Kristie Lu Stout, until it was cancelled due to budget cuts. Since then she has focused on feature programming including documentaries and anchors special breaking news events. She also fills in for Rosemary Church and Max Foster on their editions of CNN Newsroom.

Based in China for two decades, she maintains a focus on how developments in China are dramatically changing the world for all of us. From anchoring CNN’s groundbreaking Eye on China series in 2004, to covering the Trump-Xi Summit in Beijing, Stout has remained committed to reporting on the country. She was also instrumental in launching On China, CNN’s first-ever regular series focused on the country — a first by any international TV news network.

In 2020, her program Inventing Tomorrow: Tech in a time of Pandemic was awarded Best Covid-19 Factual Feature at the ContentAsia Awards. In 2018, Lu Stout was awarded Best News or Current Affairs Presenter at the Asian Academy Creative Awards, while the daily news program she hosted — News Stream — was awarded Best News Program. She has also been recognized multiple times at the Asia Television Awards, and by the Royal Television Society for her coverage of Super Typhoon Haiyan in the Philippines.

Lu  also uses her platform to lift up women’s voices, regularly speaking and reporting on female achievement as well as the unique challenges women and girls face around the world. Lu Stout also plays an active role in promoting the CNN Freedom Project, the network’s award-winning initiative focused on reporting stories of modern-day slavery, including student outreach in Hong Kong as part of #MyFreedomDay.

Stout started her career in journalism in San Francisco at WIRED magazine’s online division. She has written on technology for various media publications including the South China Morning Post, where she founded and wrote the Beijing Byte column. Before her career in journalism, she was an early employee at Beijing-based Internet company Sohu.com and worked for Reuters’ new media team in China.