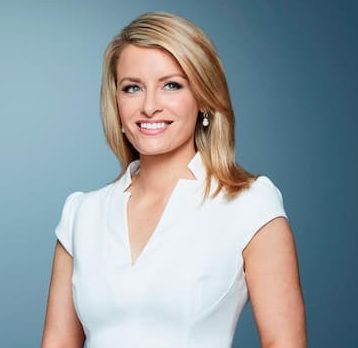 Lynda Kinkade is an Australian-born- American based media personality serving as an anchor for CNN International based in Atlanta. She also anchors Newsroom on Friday and Saturday at 10am, 11am and 1pm ET.

She attended Gilroy College graduating in 2000. She later joined The University of Technology in Sydney graduating with a BA in Communication Journalism majoring in Law.

Lynda hasn’t revealed much about her parents. She however has two siblings; an older brother and her twin brother.

Lynda is married to Travis Jackson. The couple got married on April 3, 2013.

During her tenure, she has anchored breaking news stories such as violent protests from Hong Kong to Chile, terror attacks in Europe, Africa and the Middle East, Hurricanes Florence, Harvey and Maria and the victory against ISIS in the Iraqi city of Mosul. She also reported extensively on the Trump administration, Russian interference in the 2016 election and the ongoing impeachment inquiry.

In 2015 during the Paris terror attacks, she anchored d CNN’s breaking news coverage across both CNN/U.S. and CNN International which help contribute in the network’s 2016 Royal Television Society’s award for Best Breaking News Coverage.

She has also been instrumental in CNN’s coverage around The CNN Freedom Project, the network’s initiative that highlights modern-day slavery, reporting live from schools raising awareness of human trafficking for #MyFreedomDay and from the U.S. State Department around its annual Trafficking in Persons Report.

She began her career in journalism while still ay the University of Technology as she interned at Channel Ten and the Hill Shire Times during her first year and by her second year she was hired by the Seven Network as a political researcher.

She was later recruited from News to Sunrise working as a junior producer on the graveyard shifts following the 2003 NSW state election.

In 2004, upon completing her degree, she joined NBN as a roving reporter in Newcastle, Lismore and Tweed Heads. She was later offered a position of assistant Chief of Staff by Channel 9 and went on to become a producer and then reporter on the Today Show, 11am news, 4.30news and 6pm bulletin. She also presented weekend news for the Nine Network on the Qantas inflight news, sport and weather.

During her four and a half years at Nine she assisted on the coverage of the Bali bombings, the Boxing Day Tsunami, and the Sea King helicopter disaster from the news room. On the road she reported on a range of issues from politics and health to education and entertainment; interviewing an array of people from former Prime Minister John Howard to actress Cameron Diaz.

In December 2008 she rejoined Channel 7 as a reporter and producer. She was later promoted to a freelance New York correspondent.During her tenure, she did an exposee on the Rudd Government’s Insulation Scandal revealed children as young as three installing insulation batts in homes. That story was raised in Federal Parliament the next day and the Government Program was immediately suspended.

She also did an investigation in the Emission Trading Scheme revealed a major loophole – households investing in green energy were essentially reducing the emission cuts required by big polluters. After the story went to air the Climate Change Minister announced an inquiry into the level of payments to polluters embedded within the ETS. That scheme has since been shelved.