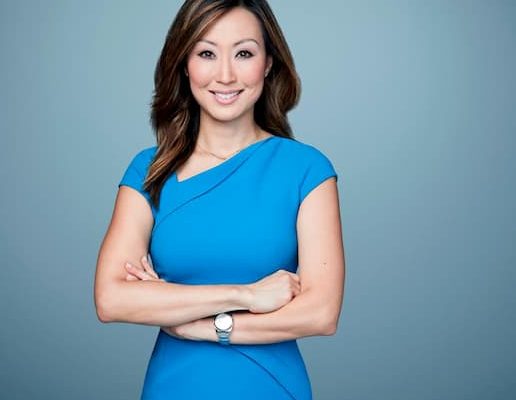 Amara Sohn Walker is an American journalist serving as an anchor and correspondent for CNN, based in Atlanta. She anchors CNN International’s ‘CNN Today’ alongside Michael Holmes.

She was born on November 30, 1981, in Los Angeles, California, United States.

Amara stands at a height of 5 feet 7 inches tall.

She belongs to Korean ancestry.

Amara graduated from the University of Southern California with a dual degree in political science and broadcast journalism.

Amara has not shared the names of her parents or siblings but she often posts them on her social media accounts.

My heart is still basking in the beauty and love of my brother’s Brazilian wedding. Love our growing family! #bestweddingever #GainedaNewSister #buzios #buziosbeach #brazil #tropicalparadise #weddingoftheyear

It’s our Lucky 7! About this time 7 years ago, we were on a boat cruising #Wolfgangsee #LakeWolfgang, Austria cutting our wedding cake surrounded by our family and friends. It was truly a fairytale wedding. Wed in an 18th century church, celebrated in a mountain hunting lodge, gathered in a quaint village outside #salzburg. #themostbeautifulplace in the world. Happy anniversary to my heart @drthomaswalker

She is a mother of two children; a daughter and a son Lukas Johann Walker born on June 18, 2020.

We did it! Lukas Johann Walker is here! I won’t lie. I was an emotional wreck during the entire delivery process. Anxious, scared, overwhelmed with love and euphoria. I have never felt more in need and want of my husband @drthomaswalker. Those little boys know how to steal mama’s ❤️. The sleep deprivation is something else! How quickly I had forgotten about this form of torture :). But I wouldn’t change it for anything. #familyof4 #boymomlife #babyboy #motherhoodjourney #familyadventures

Walker serves as an anchor and correspondent based in Atlanta. She joined CNN in 2012 as an anchor for CNN International. She distinguished herself as one of the leading breaking news anchors having covered a number of live major international news events, without a script for hours on end.

She has anchored major live events such as the truck terrorist attacks in Nice, France and the Berlin Christmas market in 2016, the 2017 La Rambla van attack in Barcelona, the attempted coup in Turkey in 2016, the 2015 deaths of Singapore’s founding father Lee Kuan Yew and Saudi Arabia’s King Abdullah, the death of Ariel Sharon, the South Korea Sewol ferry disaster, the historic double canonization of John XXIII and John Paul II, the search for missing Malaysia Airlines Flight 370 and the referendum in Crimea, which led to Russia’s annexation of the Ukrainian region.

She was also live on the air as security forces stormed Kiev’s Independence Square, which ultimately led to the crisis in Ukraine. In 2014, Walker led the network’s initial coverage of the Ottawa shootings at the Canadian Parliament which was simulcast on CNN and CNN international.

She anchored CNN’s coverage of the humanitarian and political crisis in Venezuela; and the large-scale demonstrations against a controversial extradition bill in Hong Kong in June 2019, anchoring the network’s rolling coverage of protesters storming the city’s Legislative Council building in June 2019. She was also live on the air as a fire ripped through Notre Dame Cathedral in Paris in April 2019.

Prior to joining CNN Amara served as a news anchor and general assignment reporter at WFLD in Chicago. during the 2012 U.S. presidential election she reported from President Barack Obama’s re-election campaign headquarters. She also covered the 2012 Chicago teachers’ strike that shut down the public school system for eight days. She also contributed numerous reports on the violence plaguing the south side of Chicago.

Walker began her career at WTVJ in Miami where she served for seven years as a weekend evening news anchor and general assignment reporter. She reported on major national and international stories including the capture and killing of Osama bin Laden, the 2012 Florida Republican primary, the 2006 NBA championship and the 2010 governor’s race in Florida.

In the summer of 2005, she reported from New Orleans and Mississippi as Hurricane Katrina was bearing down on the South. After the earthquake struck Haiti in January 2010, she traveled to the country to cover the devastation.

Amara’s net worth is under review,

Final stretch. Literally ? Lately, only chocolate cake or croissant ? or Nutella on toast will do for breakfast. Walking upstairs has become the most laborious activity I do all day. My bun in the oven kicks me so hard these days, I feel like he’s trying to tell me something. Yes, I’d like to serve you an eviction notice too ;). Trying to enjoy these last few weeks before we do this sleepless nights thing all over again. ?#babyontheway #preggobelly #swollenfeet #swollenface #feelingblessed #momlife