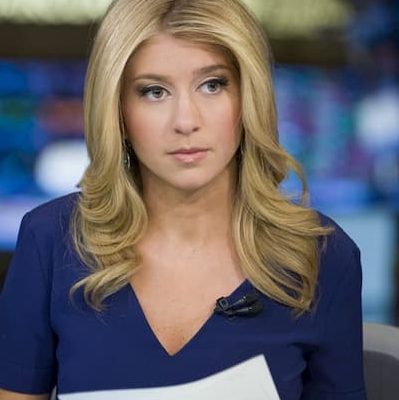 Alexandra Field is an American journalist serving as an international correspondent for CNN based at the network’s Asia-Pacific headquarters in Hong Kong.

Alexandra stands at a height of 5 feet 3 inches tall.

She has a Bachelor’s Degree in History and French from Hamilton College. She earned a Master’s Degree in Broadcast and Digital Journalism from the S.I. Newhouse School of Public Communications at Syracuse University.

She is the daughter of Nikki Fields is a former senior global estate advisor for Sotheby’s International Realty, and also as an associate broker. There are no details regarding her father.

She has five siblings; Ayanna, Chris, Joseph, Louis, and Kendrick.

Alexandra is married to Jonathan Jordan who is a cardiologist.

She is a mother of two children; both daughters Elizabeth Jordan and Katherine Jordan.

While in college she was a member of Phi Beta Chi sorority.

Field began her career as a journalist in 2007 as a reporter for WWNY TV 7, a CBS affiliate based in New York. She worked as a general assignment reporter. She was later promoted to an anchor for the 10 p.m. show as well as the 11 p.m. show. Due to her rep[orting she was awarded an Associated Press Award and a Syracuse Press Club Award.

In 2010 she joined WRGB in Albany where she served as a political reporter. She also served as the Capitol correspondent for the station where she covered Governor Andrew Cuomo’s administration, the voting process to legalize same sex marriage in the United States.

Alexandra is an international correspondent for CNN based at the network’s Asia-Pacific headquarters in Hong Kong. Some of her reports include; the aftermath of major terror attacks in Dhaka, Istanbul, Paris, Brussels and Boston.

She also traced a rash of killings claimed by Islamist militants across Bangladesh, and the fight to protect women from so-called honor killings in rural regions of Pakistan.

She has an interest in women’s rights and human rights reporting have led her to the Vietnamese/Chinese border to meet young brides being smuggled and sold to Chinese buyers, to northern India where the survivors of acid attacks are speaking out in defiance of the men who attacked them, and to a South Korean shelter for former WWII sex slaves who are still demanding justice. She has also reported on the ongoing legal fight for anti-trafficking legislation in Hong Kong.

She has reported from Seoul and Beijing following North Korean nuclear tests, and from Vietnam for US President Barack Obama’s visit in 2016.

She joined CNN as a reporter based in the New York bureau where she covered the death penalty trial of Boston Marathon Bomber Dzhokhar Tsarnaev, the murder trial of former Patriots star Aaron Hernandez, protests that erupted after the police-involved deaths of Eric Garner and Michael Brown, and the massive manhunt for two convicted killers who escaped from a maximum-security prison in upstate New York.