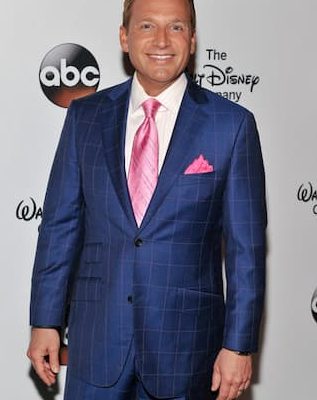 Lee stands at a height of 5 feet 7 inches tall.

He graduated from Cornell University with a Bachelor of Science Degree in Meteorology.

Goldberg is married to Jessica who is his middle-school sweetheart. Their first date was in 1985. “My first date with her was in 1985. What’s funny is we’re sitting next to each other in the nursery school picture.”

21 years of marriage. 33 years since our first date. 44 years since we sat next to each other in our nursery school class photo. Lots of history, a perfect present, and I’m so fortunate to plan the future with such a special person. Love you Jess. Happy Anniversary! #lifepartner pic.twitter.com/ycMrBvfqk1

Lee is a father of two kids; a daughter Emily and a son Ethan.

Lee is a meteorologist who became curious about whether at the age of twelve when he built t his first “Weather Center” out of shoeboxes and milk cartons. By the age of 14, he was broadcasting his first weather reports to his hometown of Canton, Massachusetts on Canton Cablevision.

While in college he interned at WCVB-TV and WHDH-TV in Boston, and at the National Weather Service office in Concord, New Hampshire. In 1993 he began forecasting for utilities and ski areas with a private weather service and for US and Canadian radio stations. At the same time he filled in on-air at WSTM-TV in Syracuse, New York, contributing award-winning coverage when the historic “Blizzard of 1993” hit Central New York. In 1994 after graduating, he joined WTVH-TV in Syracuse.

Where Does Lee Goldberg Live

Lee and his family reside in Somers. He said that he and his family moved to Rye Brook a few years after coming to New York in 1996 for the job with WABC-TV. When they took a drive to Somers, they loved it immediately.

His estimated net worth is $1.5 million.

HAPPY ANNIVERSARY Privileged to observe this special partnership up close for 14 of their 17 years together – aka my lottery ticket. Chemistry was apparent right away – with @billritter7 as well ? #abc7ny