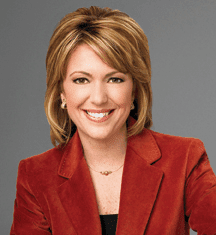 Kyra Phillips is  ABC News’ correspondent based in Washington, D.C.  She was also an award-winning correspondent for the CNN investigative and documentary units, based at the network’s world headquarters in Atlanta.

She was born on 8 August 1968 in Illinois, United States.

After graduating from Helix High School, she earned a bachelor’s degree in Journalism from the University of Southern California.

Her father, Dan Phillips was a professor at San Diego State University.

Having been married to John Assad from 2000 to 2008, she became engaged to Fox News correspondent John Roberts in 2010.

She is an award-winning correspondent for the CNN investigative and documentary units, based at the network’s world headquarters in Atlanta.

She joined CNN in 1999 and moved to HLN in 2012 to anchor Raising America with Kyra Phillips, a daily interactive, investigative program that focused on news impacting the modern American family.

Her documentary about race relations and tensions in Jena, Louisiana, following the appearance of nooses at the town’s high school, earned her the top documentary award from the Society of Professional Journalists.

She became the first female journalist to fly in an F-14 air-to-air combat training mission over the Persian Gulf. She produced exclusive reports on the U.S. Navy’s reconnaissance missions from the P-3 aircraft as well as the maritime interdiction operations from USS Paul Hamilton.

In 2001, she was the first network correspondent to gain exclusive access to CAG 9, the elite Navy air wing, in preparation for the war against the Taliban in Afghanistan. Her reports took viewers inside the cockpits of the world’s most advanced strike fighter jets, and into training, as sailors and officers prepared to fight the war on terror overseas.

Her salary is undisclosed.