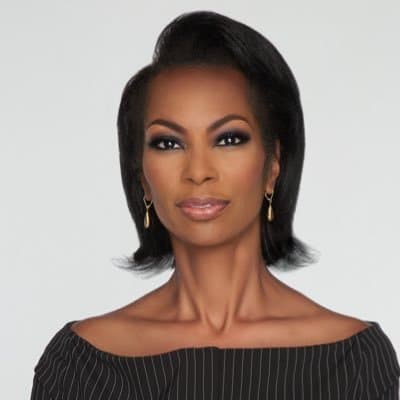 She is American by nationality.

She is an African-American

Faulkner attended the University of California, Santa Barbara, and graduated with a B.A. in mass communications.

Harris is the daughter of  Bobby R. Harris and  Shirley Harris. Her father is a  retired Lieutenant Colonel , a United States Army officer and Army Aviator who  was stationed at the base and had served three tours in Vietnam. In an instagram post dated December 27 2020, she revealed that her dad had passed on,”My dad Ret. Lt. Col. Bobby R. Harris has died. I shall remain silent for a bit, while our family’s Christmas North Star takes his place in heaven. #Christmas2020.” Her mother died of lung cancer in November 2016. She was a graduate of Prairie View A&M University.

Harris has a sister  by the name Annissa Buchanan but not much is known about her.

Faulkner is married to former WCCO-TV reporter Tony Berlin who earned a degree in political science from Occidental College, a liberal arts school in Los Angeles.He previously worked as a media relations manager for Padilla Speer Beardsley before founding his own company, Berlin Media Relations . The duo met through mutual friends when they worked on competing tv stations in Minneapolis, Minnesota. .Faulkner and Berlin tied the knot on April 12, 2003. The wedding took place in Rio Rico, Arizona, near Berlin’s hometown of Tucson.

Faulkner joined FOX News Channel (FNC) in 2005. She was previously a Fox News live presenter, and she was in the forefront in spearheading the network’s coverage of major events. These include: Death of Whitney Houston in 2012, The 9/11 terrorist attacks ,The 2013 government shutdown, The AIDS crisis in South Africa ,The 2005 disappearance of Natalee Holloway, The 2016 Republican and Democratic National Conventions and The Sandy Hook mass shooting.

She  previously anchored her first solo network newscast Fox Report Weekend from 2011-2017. In addition to Midterm Election coverage 2018, Faulkner has substitute anchored for Shepard Smith Shepard Smith Reporting and for Martha MacCallum The Story. And she made frequent guest appearances on the night satire show Red Eye with Greg Gutfeld, prior to the departure of Gutfeld from that show.

Prior to working for Fox News, Faulkner’s worked for  LA Weekly where she contributed as a freelance business writer for $50 per article. She  started her television career with an internship at KCOP-TV in Los Angeles doing small tasks before she moved to Greenville, North Carolina, to work as a reporter and anchor at WNCT-TV.

Faulkner also  worked for Kansas City’s WDAF-TV between March 1992 through 2000 as an evening anchor .While in Kansas City, Faulkner was the victim of harassment and stalking by a former acquaintance who followed her from North Carolina. She later joined  KSTP-TV in Minneapolis–Saint Paul where she served as part of an evening anchor team. She left the station in July 2004 and later joined Fox News in 2005.

While at ABC’s Minneapolis affiliate KSTP, Faulkner received four regional Emmy Awards, including Best Anchor three years in a row (2002, 2003 and 2004) and for her anchoring a news special, “Eyewitness to War.”  In 1998 she was awarded the Amelia Earhart Pioneering Lifetime Achievement Award for her humanitarian efforts.

In September 2015, Faulkner sued toy manufacturer Hasbro for $5 million claiming a plastic toy hamster in its Littlest Pet Shop line was an unauthorized use of her name and likeness. In October 2016, Faulkner settled her suit with Hasbro and the toy hamster ceased to be produced by the company.

Harris is also an author and has written books including, God has a plan and 9 rules of engagement.

She earns an annual  salary of $2 million.

Harris has an estimated net worth of $8 million.