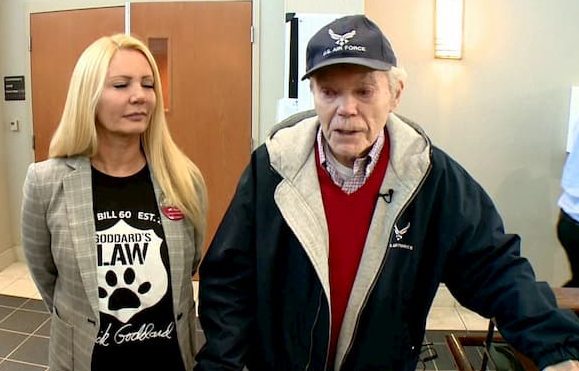 Kim Goddard (Kimberly Goddard) is a Cleveland, Ohio Animal advocate who works at Global Animal Advocate. She is the daughter of former Fox 8 meteorologist Dick Goddard.

According to her Facebook page, Kim is a Graphic and interior designer. She is also an animal advocate at Global Animal. She has previously worked at Bayview Bush Babies, Crossposter, Animal Rescue, Animal Rights Advocate. She is a former owner at Advocate for Saving Dogs.

Kim is the daughter of Dick Goddard and Julie Ann Cashel. Dick is a former American meteorologist, animal activist. and author best known for his work at the ox Station in Cleveland, Ohio. The two remained married until Julie’s death in 1996.

His father remarried in 1997, he married Amber Williams but their marriage ended in divorce in 2004. Amber had been previously charged with domestic violence prior to their divorce.

Dick Goddard is a former meteorologist, author and cartoonist. He served as an evening meteorologist at WJW-TV (Fox 8) for over five decades. He holds the Guinness World Record for the longest career as a weather forecaster. He retired from weather duties in November 2016.

Goddard created The Woolybear Festival in 1973. The festival is a day-long family event dedicated to teaching children about the weather, family fun, and animals. Some of the events include a caterpillar race, animal costume contests, and musical performances.

In October 2016 Kimberly filled in for the Woollybear Festival due to Goddard’s inability to participate while recovering from injuries. He had fallen at home and fractured his hip which led to his hospitalization in September.

According to his daughter, Dick is dying.  On May 13, 2020 Kim posted on Facebook that she will be off social media as her father was dying.

According to Fox 8, Kim had been the caretaker of Dick for the past several years since Dick’s retirement.

There is no available information regarding Kim’s marital status.