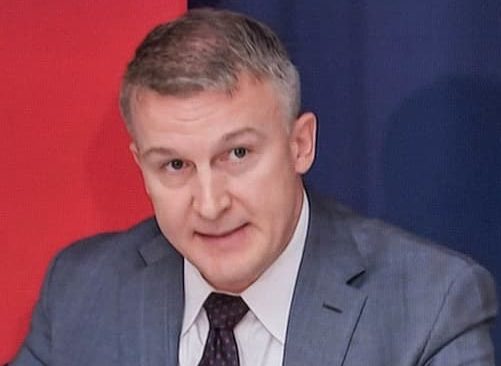 Who is Dr. Rick Bright

Dr. Rick Bright (Rick Arthur Bright) is an American immunologist and public health official. He is a former director of the Department of Health and Human Services’ Biomedical Advanced Research and Development Authority. He filed a whistleblower complaint in May 2020 alleging her early warnings about coronavirus were ignored.

Dr. Rick is a supporter of the Democratic party.

Dr. Rick graduated from Hutchinson High School and later joined Auburn University-Montgomery graduating with a Bachelor of Science with a double-major in Biology (medical technology) and Physical Science (chemistry). He earned a Ph.D. in immunology and molecular pathogenesis (virology) from Emory University School of Medicine.

Dr. Rick has kept his personal life away from the spotlight, there is no public information available regarding his family.

Dr. Bright has never talked about his sexual orientation.

From June 2011 to December 2015 he served as both deputy director and acting director of BARDA’s Influenza and Emerging Diseases Division, eventually serving as director of the division from December 2014 to November 2016. In June 2011 he also served as the acting chief of the influenza antiviral drug advanced development program until December 2011.

He served as an incident commander in the ASPR/BARDA Zika Response from February 2016 to November 2016.

Dr. Bright was appointed as the Director of BARDA by President Obama on November 15, 2016. He also served as Deputy Assistant Secretary for Preparedness and Response in the Office of the Assistant Secretary for Preparedness and Response (ASPR). In April 2020 he was reassigned to the National Institutes of Health. Bright however said the position was a retaliatory demotion and asked the HHS Inspector General to investigate it.

In April 2020 Dr. Bright was reassigned to the National Institutes of Health. He, however, alleged that it was a retaliatory demotion for being a whistleblower.

He alleged that he had raised concerns about US preparedness for coronavirus starting in January but was met with “indifference which then developed into hostility” by leaders at the Department of Health and Human Services.

However an HHS spokesperson, Caitlin Oakley said: “Dr. Bright was transferred to NIH to work on diagnostics testing — critical to combatting COVID-19 — where he has been entrusted to spend upwards of $1 billion to advance that effort. We are deeply disappointed that he has not shown up to work on behalf of the American people and lead on this critical endeavor.”

Kendra Barkoff Lamy, Bright’s spokeswoman said that Dr. Bright had not been given any details about his new assignment.

“Dr. Bright has not been given any details about his new assignment or what his new job would entail; nonetheless, under his doctor’s direction, he has been on sick leave due to hypertension caused by this current situation.”

On April 21, 2020 Dr. Rick Bright released a statement claiming that he was removed from his position as Director of BARDA for political motives.

“Yesterday, I was removed from my positions as the Director of the Biomedical Advanced Research and Development Authority (BARDA) and HHS Deputy Assistant Secretary for Preparedness and Response by the Administration and involuntarily transferred to a more limited and less impactful position at the National Institutes of Health. I believe this transfer was in response to my insistence that the government invest the billions of dollars allocated by Congress to address the COVID-19 pandemic into safe and scientifically vetted solutions, and not in drugs, vaccines and other technologies that lack scientific merit. I am speaking out because to combat this deadly virus, science — not politics or cronyism — has to lead the way.”

He said that he resisted efforts to fund potentially dangerous drugs promoted by those with political connections.

“Specifically, and contrary to misguided directives, I limited the broad use of chloroquine and hydroxychloroquine, promoted by the Administration as a panacea, but which clearly lack scientific merit. While I am prepared to look at all options and to think “outside the box” for effective treatments, I rightly resisted efforts to provide an unproven drug on demand to the American public. I insisted that these drugs be provided only to hospitalized patients with confirmed COVID-19 while under the supervision of a physician. These drugs have potentially serious risks associated with them, including increased mortality observed in some recent studies in patients with COVID-19.”

He also requested the Inspector General of the Department of Health and Human Services to investigate government interference with BARDA.

“I will request that the Inspector General of the Department of Health and Human Services investigate the manner in which this Administration has politicized the work of BARDA and has pressured me and other conscientious scientists to fund companies with political connections as well as efforts that lack scientific merit. Rushing blindly towards unproven drugs can be disastrous and result in countless more deaths. Science, in service to the health and safety of the American people, must always trump politics.”

You can read the whole letter here.

On May 5, 2020 Dr. Bright filed a whistleblower complaint with the U.S. Office of Special Counsel. He claimed that he was involuntarily transferred to another agency without warning or explanation as retaliation for whistleblowing. He alleged that he ” insisted on scientifically-vetted proposals, and I pushed for a more aggressive agency response to COVID-19. My supervisor became furious when Congress appropriated billions of dollars directly to my office, and when I spoke directly to
members of Congress.”

In his complaint, he alleged that HHS employees and its Office of the Assistant Secretary for Preparedness and Response “engaged in conduct that may constitute violations of law, rule, or regulation; gross mismanagement; a gross waste of funds; an abuse of authority; a substantial and specific danger to public health and safety; and censorship related to scientific research.”

On May 14, 2020 Donald Trump slammed Dr. Bright calling him ‘a disgruntled employee’. He tweeted; “I don’t know the so-called Whistleblower Rick Bright, never met him or even heard of him, but to me he is a disgruntled employee, not liked or respected by people I spoke to and who, with his attitude, should no longer be working for our government!”

I don’t know the so-called Whistleblower Rick Bright, never met him or even heard of him, but to me he is a disgruntled employee, not liked or respected by people I spoke to and who, with his attitude, should no longer be working for our government!

On May 14, 2020 Dr. Bright testified before Congress where he said that the US will face an even worse crisis without additional preparations to curb the coronavirus pandemic.

“Our window of opportunity is closing. Without better planning, 2020 could be the darkest winter in modern history.”

He claimed that the administration missed “early warning signals” to prevent the spread of the virus. He also revealed that he saw an email from Mike Bowen, the hearing’s other witness and the vice president of the medical supply company Prestige Ameritech, indicating that the US supply of N95, the respirator masks used by health care professionals, was at a perilous level.

He also criticized the Trump administration for failing to implement a “standard, centralized, coordinated plan” to combat the virus and questioned its timeline for a vaccine. He urged the Trump administration to consider a number of actions, including increasing production of essential equipment and establishing both a national test strategy and a national standard of procurement of supplies.

In October 2020, Dr. Bright resigned from his position at NIH. According to his lawyers, Debra Katz and Lisa Banks he resigned as “he can no longer sit idly by and work for an administration that ignores scientific expertise.”

“Dr. Bright was forced to leave his position at NIH because he can no longer sit idly by and work for an administration that ignores scientific expertise, overrules public health guidance and disrespects career scientists, resulting the [sic.] in the sickness and death of hundreds of thousands of Americans.”

HHS confirmed his resignation, although they declined to comment further, according to POLITICO.

“We can confirm that Dr. Bright has resigned, effective today,” an NIH spokesperson said, adding that the agency “does not discuss personnel issues beyond confirming employment.”