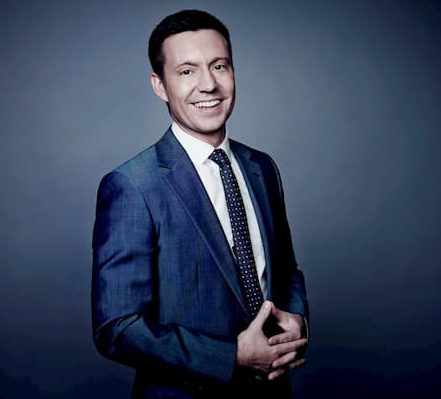 Alex Thomas is an American journalist serving as a sports correspondent and anchor with CNN International based in London. He is also a regular contributor to CNNI’s Living Golf show.

Thomas has not revealed his age to the public.

Alex graduated from King’s College School. He has a Bachelor of Arts in sociology from the University of Warwick.

Alex has managed to keep his life private but it seems like he is married. He has a daughter who he posts on his social media.

Alex is a sports correspondent and anchor with CNN International based in London. He joined the station in April 2009 and has covered a wide range of sports for the “World Sport” show and CNNI’s news and business programmes.

He has contributed to CNN’s coverage across all TV and Digital platforms. He has reported from the last four FIFA World Cups; Germany, South Africa, Brazil and Russia as well as from several cricket and rugby World Cup tournaments.

He has also fronted CNN coverage from the Wimbledon tennis championships, Open golf championships, Ryder Cup and more than half a dozen Champions League finals.

Alex was a sports reporter and presenter at Sky television in the UK, appearing on Sky News and Channel 5 News. Prior to joining Sky News, he was a reporter at ITV News, Channel 5 News, and BBC radio. He began his broadcasting career in radio, in 1992 while studying sociology at the University of Warwick.

Alex’s net worth is under review.