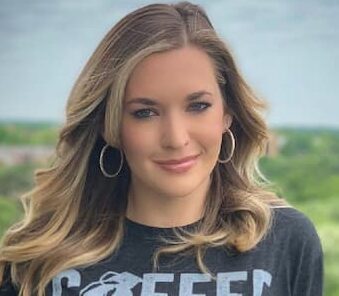 Katie Pavlich (born; Catherine Merri Pavlich) is an American journalist serving as a FOX News contributor and co-hosts the daytime show The Five and is a rotating panelist on Outnumbered (weekdays 12-1 PM/ET). She is also the editor for Townhall.com and a former contributing editor to Townhall Magazine.

She stands at a height of 5 feet 4 inches.

Pavlich attended Sinagua High School in Flagstaff, where she participated in volleyball and basketball games. She holds a bachelor of arts degree in Broadcast Journalism from the University of Arizona.

She is a former National Review Washington Fellow. She completed a fellowship with the Foreign Policy Initiative in 2017. She was also a national security fellow at the Foundation for Defense of Democracies (2018 – 2019)

Her family is of Croatian and German descent.

Katie has not revealed the names of her parents but has said she grew up in the mountains of northern Arizona, rafting the Colorado River through the Grand Canyon, and hunting big game with her father in the forests and deserts.  She has a younger brother who got married on June 20, 2021.

Katie is married to Gavy Friedson since July 5, 2017. Gavy Friedson is the Director of International Emergency Management and also the Global Ambassador of the Hatzalah of Israel, a Jerusalem-based medical services organization. He has worked as a public server at ‘Our Soldiers Speak’ for one year and was also a spokesperson in the Israel defense forces from April 2009 to July 2010.

Katie is a FOX News Channel contributor, she joined the network in 2013 and serves as a co-host of the daytime shows Outnumbered and The Five. As a contributor, she provides political analysis and commentary across FNC’s daytime and primetime programming.

On Outnumbered, she is part of an ensemble featuring four female panelists and one rotating male that tackles top headlines from all angles and perspectives.

She has also served as a guest host on Fox News Primetime, The Ingraham Angle, Hannity and Fox and Friends. As a reporter, she has covered a variety of topics ranging from presidential and congressional elections to the White House, Department of Justice, Second Amendment, border issues, the ISIS genocide of Christians in the Middle East and more.

During her tenure, she has reported on Operation Protective Edge from Israel in 2014. She also traveled to China in 2017 she traveled to China with a delegation of journalists where she met with officials and spoke to university students about the importance of free speech.

She also serves as the editor for Townhall.com and is a former contributing editor to Townhall Magazine. She is also a columnist for The Hill and previously for the Pittsburgh Tribune. She has also served as a host of national and local radio shows. She worked as a fill-in host for conservative radio host Mark Levin and as a guest co-host for Washington DC’s largest morning politics show on WMAL.

Pavlich is a gun owner. Her first gun,  a 7×57 Mauser, was a gift from her dad when she turned 10 years. She however noted that her dad kept the gun locked away until it was time for practice or while they went out hunting.

At the age of 21, she took a concealed-carry class and purchased her first handgun.

“Guns and firearms ownership have always been a part of my life, but as I’ve grown in my own comfort level and needs, my carrying habits and purpose for gun ownership have evolved and expanded. Everyone has their own concealed-carry story, and each woman’s path to gun ownership is unique.”

Is Katie Pavlich a Hunter?

Katie is passionate about shooting and hunting. In an interview, she revealed she began hunting at a young age with her father. ” As I grew up in Arizona, hunting with my dad became a normal and much enjoyed part of the fall and spring.”

She said that her first she killed her first elk and first deer at the age of 11.

In 2013 a Twitter user called Katie toothless she replied by saying she has teeth.

@KatiePavlich You mentioned the tolerant Left? – You uneducated toothless tea bagging white bitch – How is that for tolerance? #uniteblue

Her estimated Net worth is about $ 5 million