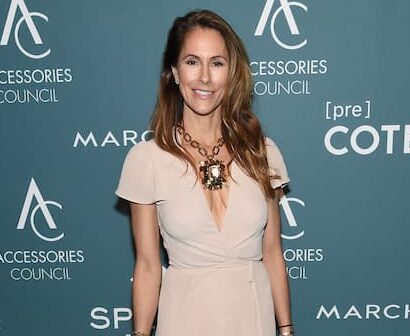 Cristina Greeven Cuomo is an American editor and entrepreneur, she is the founder and editor in chief of Purist, a wellness magazine. She is the wife of CNN news anchor Chris Cuomo.

She is the daughter of Rainer Nicholas Greeven and Regina Greeven. Her father is a New York attorney with more than 50 years experience. He specializes in Real Estate, Industry Specialties, Employment Discrimination, Business, General Practice.

Cristina has a sister known as Andrea Greeven Douzet. She is a senior sales professional who works as a senior director for strategic partnership with Empire Global Ventures, a business development company that assists tech companies to grow and scale in new markets. She is also the CRO at The PURIST. She previously worked as a consultant for customer acquisition and strategic partnerships for Ollie Pets.

She belongs to mixed ethnicity as her father is German while her mother is Brazilian.

She is not Italian , she has German and Brazilian ancestry and is an American national.

Greeven is married to Chris Cuomo since November 24, 2001. Chris Cuomo is a journalist serving as the presenter of Cuomo Prime Time, a weeknight news worked as the ABC News chief law and justice correspondent and the co-anchor for ABC’s 20/20.

Cristina and her husband have three children together; two daughters, Carolina Regina Cuomo and Bella Cuomo and a son, Mario Cuomo.

Greeven is the founder and editor in chief of ‘Purist’, a wellness magazine in both print and digital editions. According to her Purist was born out of a need to capture the wellness of the mind.

“Once you have the right lens through which to view life, everything becomes clear. And that’s what Purist aspires to be—mindful about things that matter.

On this site, we offer a catalog of the different aspects that make up well-being. In our Food Is Medicine section, there’s nature’s wellspring—everything local to sate and heal your body, skin and soul. There’s also our Play section, in which you’ll find ways to interact with nature to be your best physical self. But, this wellness state isn’t just a sip or sweat away. It’s also about how we think, what we wear, what we build, what we drive, how we live. It’s an approach to a well-lived life.”

She previously served as the editor-in-chief of the magazines “Manhattan” and “Beach,” published by the company Modern Luxury. She was downsized from that company in 2016 when they cut half their workforce.

She also worked as Creative Content Chief at a company called the Plum Network and served as the Editorial Director of “Gotham” and “Hamptons Magazines” at Niche Media Holdings, LLC.

Christina’s entry on the book refers to Manhattan File, a New York society magazine she published after her father purchased it in 1994. The same entry includes an office address in the New York City neighborhood of SoHo, an office phone number, and a home phone number.

She has an estimated net worth of $9 million.