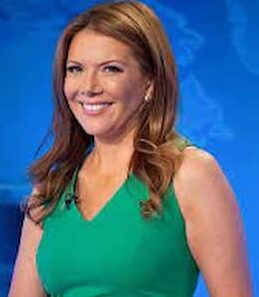 Trish Regan is an American media personality who is a a well known journalist , television host and an author. She is also the host of The Trish Intel Show on Apple Itunes, Spotify,  iHeart, Amazon, and Pandora. She previously hosted Trish Regan Primetime on the Fox Business Network from 2015 to 2020 and a television host on Bloomberg Television from 2012 to 2015, and a host at CNBC from 2007 to 2012. She was also a contributor on Fox News Channel.

Regan studied voice in Graz, Austria, and at the New England Conservatory of Music in Boston then enrolled at Columbia University. She attended and graduated from Phillips Exeter Academy in Exeter, New Hampshire and graduated in 1991.  From Columbia  she graduated with a Bachelor degree in history in 2000.  She represented her home state in the Miss America 1994 pageant as Miss New Hampshire.

Patricia Ann parents names are not disclosed .However, her mother worked as a freelance feature writer for publications such as the ‘Daily Telegraph’ and the ‘Boston Globe. Not much is said about his father and siblings.

She is happily married to James. A. Ben. They met in 2000,  started dating and later took marriage vows in front of their friends and family in a private ceremony.

Trish and Ben are blessed with three kids.  Their first born is a girl called Elizabeth Ben followed by a son named Alexander Ben and their last born son whose name is not disclosed but he was born in June 9, 2014.

Trish Regan Joined Fox Business Network in March 2015 where she hosted the Trish Regan Prime time show which aired at 8pm on Fox Business until March 13, 2020. Her show was pulled down after she aired a monologue saying that the liberal media were using the coronavirus to destroy the president and encourage a market selloff.

Previously  from 2011 ,Regan served as the anchor for “Street Smart with Trish Regan” for Bloomberg Television. She also hosted a series of primetime specials for the network and was also privileged to cover the 2012 presidential election.

In 2007, Trish was working at CNBC as a markets and documentary anchor of “The Call” as well as a regular contributor to the “Nightly News” on NBC. She wrote a book called Inside America’s Almost Legal Marijuana Industry and she published it in 2011. She also appeared on “The Today Show” on NBC.

Before she was working in Goldman Sachs’ emerging debt markets group From 2001 to 2005 and she was a correspondent for KPIX-TV, the San Francisco CBS affiliate. While with KPIX, she appeared on CBS Market Watch. In 2006,  she became a financial correspondent for the “CBS Evening News,” where she was nominated for an Emmy in investigative journalism.

She earns an estimated salary of $8 million yearly.

Her net worth is approximated to be $ 30 million.