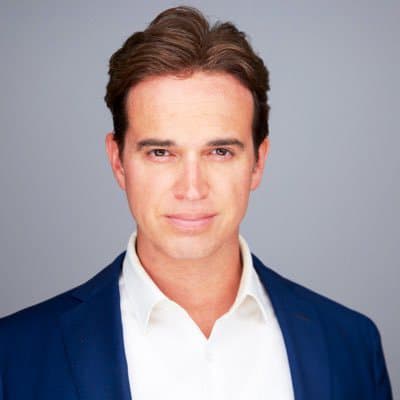 Paul LaGrone is the host of ABC Action News at 5:30 p.m. on weekdays. He also broadcasts the newscasts at 5 pm and 6 p.m.

Paul stands at a height of 6 feet 2 inches tall.

He was born in Lakeland, raised in Dover, and received his high school diploma from Plant City. He went on to earn his bachelor’s degree from the University of Florida

LaGrone grew up inTampa Bay local. The names of his parents are not yet known but he has posted his dad in his Instagram account. He has also posted his grandmother who died in 2021. He spent most of his childhood in Dover, with his family.

His siblings are not known to the public and whether if he even has any is still unknown.

He is happily married to Katie LaGrone, who is also the Florida Investigative Reporter for The E.W. Scripps Company.

He is a loving father to two boys Jacob and Lucas.

Paul covered the conflict in Iraq and Kuwait with the 82nd Airborne Division for a month in 2003. He spent two weeks in the Sunni Triangle, where hostilities against American troops were just beginning to intensify. He took viewers into one of Saddam Hussein’s palaces and joined soldiers as they dug up an underground bunker holding Iraqi intelligence.

Paul’s career in journalism has taken him to major news events across the state and around the world, from covering tropical storms in Florida and North Carolina to reporting from the center of the 2000 Presidential election scandal in Tallahassee and broadcasting from the battlefront of the Iraq War.

Paul has earned three Associated Press awards for his investigative and writing efforts. He received a Regional Edward R. Murrow award in 2007 for an investigation that revealed child pornography on donated laptops.

Furthermore, he and his photographer were nominated for an Emmy in 2004 for “Best Spot News Coverage” in a situation when they assisted in the search for a missing youngster.

Moreso, he has written and produced portions in which politicians are held responsible for their statements. In 2015, he was nominated for an Emmy for his political reporting.