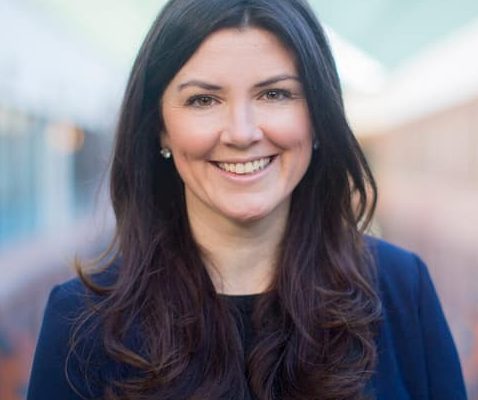 Katie Burke is the Chief People Officer at HubSpot, prior to her role she started HubSpot’s culture team and oversaw global communications during the company’s IPO. She is the ex-wife of former Mets general manager Jared Porter.

She holds a Bachelor of Arts degree in American Studies from Bates College. She has a Master of Business Administration from the Massachusetts Institute of Technology Sloan School of Management.

Katie is the daughter of Jennifer Burke and Brian Burke. They have since divorced. Her father, Brian is an American-Canadian ice hockey analyst for Rogers Media broadcasts. He previously served as an ice hockey executive. He served as the president of the Calgary Flames. He has also served as the president and general manager for the Toronto Maple Leafs, and as the general manager for the Anaheim Ducks, the Vancouver Canucks, and the Hartford Whalers.

She has a sister although her name is unknown. She also has four step-siblings from her father’s previous marriage, including Patrick, a former scout for the Philadelphia Flyers.

Burke was married to Jared Porter but they divorced in 2014. Jared is an American baseball executive who served as the general manager for the New York Mets of Major League Baseball (MLB) but was fired after a month. This was after ESPN revealed he had sent explicit texts and photos to a female journalist in 2016.

The female journalist, who at the time worked as a foreign correspondent had moved to the United States to cover Major League Baseball. The two met on June 26, 2016 in an elevator at Yankee Stadium. She said they talked briefly about international baseball prospects and exchanged business cards.

Porter began texting her the afternoon they met and, before the day was over, had asked her three times to get a drink. The woman said she agreed to meet Porter because she thought he was volunteering himself as a source and expected they would discuss baseball. That night, after she said she couldn’t meet with him but would the next day, Porter sent an unsolicited selfie.

On Aug. 11, 2016, a day after asking her to meet him at a hotel in Los Angeles, Porter sent the woman 17 pictures. The first 15 photos were of the hotel and its restaurants. The 16th was the same as an earlier photo of the bulge in the pants. The 17th was of a bare penis.

She joined Hubspot in December 2012 as the senior manager, analyst $ media relations. She has since held several positions including director, media and analyst relations (March 2014 – Febrary 2015), director of talent and culture (Jan 2015 – July 2015) and vice president of culture and experience (since July 2015).

Prior to joining HubSpot she was the Director of Marketing and Corporate Partnerships at Athletes’ Performance (EXOS) and a Director at the Glover Park Group. She began her career as a researcher for Booz Allen Hamilton.