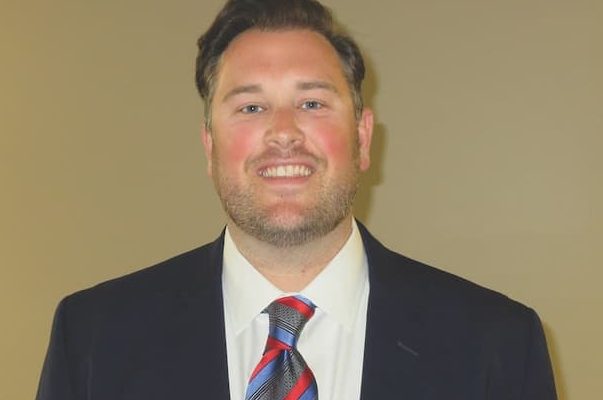 Jared Porter is an American baseball executive who served as the general manager for the New York Mets of Major League Baseball (MLB) from December 2020 to January 2021. He was fired after ESPN revealed he had sent explicit texts and photos to a female journalist in 2016.

Jared graduated from Bowdoin College (ME) in 2003 with a degree in history. While there he played baseball and hockey and was the captain of both teams his senior season. He broke into the game as an intern in the Cape Cod League for the Brewster Whitecaps from 2002-2003.

Porter was born in Wayzata, Minnesota, and lived there until he was 15 years old when his family moved to Duxbury, Massachusetts. He has not revealed any information regarding his parents and it’s also not known if he has any siblings. He is a cousin to  Mike Sullivan, head coach Pittsburgh Penguins.

Jared was married to Katie Burke but the duo divorced in 2014. Burke is Chief People Officer at HubSpot, a software company in Massachusetts, and the daughter of  Brian Burke an American-Canadian ice hockey analyst for Rogers Media broadcast who previously served as the president of hockey operations for the Calgary Flames and the former GM for the Toronto Maple Leafs and the US Olympic Hockey Team.

Porter hasn’t shared any information on whether he has any kids.

Porter began his career in baseball as an intern at the Red Sox Spring Training facility in Fort Myers, FL before moving to Boston to continue as an intern. He served in various capacities from 2004-2015. He served as the Player Development Assistant from 2006-2007 and then as Coordinator of Professional Scouting from 2008-2009. In 2010 he was promoted to the assistant director of professional scouting, a role he held until 2012 when he became the club’s Director of Professional Scouting.

In 2015 he joined the Chicago Cubs as the director of professional scouting/ special sssistant until 2016 when he joined Arizona Diamondbacks as the senior vice president and assistant general manager.

Porter was hired by the New York Mets as their General Manager on December 13, 2020.  He signed a four-year contract. He was however fired on January 19, 2021 after ESPN revealed he had sent 60 unsolicited text messages to an anonymous female journalist, including a photograph of a penis.

In January 2021 ESPN revealed that according to a copy of the text history they obtained, Jared had sent explicit, unsolicited texts and images to a female reporter in 2016, culminating with a picture of an erect, naked penis.

The female reporter was a foreign correspondent who had moved to the United States to cover Major League Baseball. The two met at an elevator at Yankee Stadium and they exchanged business cards and he began texting her.  She said she at one point ignored more than 60 messages from Porter before he sent the final lewd photo.

The text relationship started casually before Porter began complimenting her appearance, inviting her to meet him in various cities and asking why she was ignoring him. And the texts show she had stopped responding to Porter after he sent a photo of pants featuring a bulge in the groin area.

Jared is said to have continued texting the female reporter despite her not responding. On Aug. 11, 2016, a day after asking her to meet him at a hotel in Los Angeles, Porter sent the woman 17 pictures. The first 15 photos were of the hotel and its restaurants. The 16th was the same as an earlier photo of the bulge in the pants. The 17th was of a bare penis.

ESPN reported they obtained the messages in December 2017 after they were alerted by a baseball source. They reached out to the female reporter but she told them not to run the story as it would harm her career if the story emerged. In recent days she decided to speak up on the condition of anonymity because she fears backlash in her home country. She has since left journalism.

I know in the U.S., there is a women’s empowerment movement. But in [my home country], it’s still far behind. Women get dragged through the mud if your name is associated with any type of sexual scandal. Women are the ones who get fingers pointed at them. I don’t want to go through the victimization process again. I don’t want other people to blame me.”

On January 18, 2020 after ESPN reached Porter he acknowledged texting with the reporter. He initially said he had not sent any pictures of himself. When told the exchanges show he had sent selfies and other pictures, he said that “the more explicit ones are not of me. Those are like, kinda like joke-stock images.”

Jared was fired as the general manager of the New York Mets on January 19, 2021 after he acknowledged to ESPN of sending unsolicited sexually explicit images to a female reporter while employed by the Chicago Cubs as their director of pro scouting in 2016.

Mets owner Steve Cohen tweeted that Jared had been terminated. “We have terminated Jared Porter this morning. In my initial press conference I spoke about the importance of integrity and I meant it. There should be zero tolerance for this type of behavior.”

His salary as the general manager for the New York Mets was unknown.