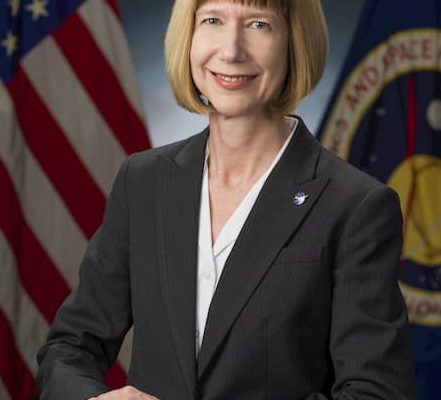 Kathy Lueders is an American engineer and business manager. She is the first female director of human spaceflight and leads NASA’ Human Exploration and Operations Mission Directorate, leading the agency’s human spaceflight efforts.

Kathy keeps her personal life private but she said in an interview that she was married and has kids. She revealed this during an interview where she said that she wanted to work on Wall Street while in college but she later switched to engineering and after getting married and having kids she decided to back to college and earned several degrees in engineering, landing with NASA.

Lueders began her career at NASA in 1992 serving as the Shuttle Orbital Maneuvering System and Reaction Control Systems Depot manager at the White Sands Test Facility in New Mexico. She later moved into the ISS Program and served in multiple positions including the deputy manager for ISS Logistics and Maintenance, the Vehicle Systems Integration manager, and the Commercial Orbital Transportation Services Integration manager.

In April 2014 she became the program manager for NASA’s Commercial Crew Program. In her role she aided in the execution of the agency’s goals to help private companies develop a new U.S. capability to carry astronauts into low-Earth orbit and eventually take crews to the International Space Station, or ISS.

She also oversaw program facilitation of commercial spacecraft development and certification to enable the safe transportation of NASA astronauts. She performed many aspects of the same role while serving as deputy program manager for the program manager and during a 5-month term as the acting program manager.

She previously served as the ISS Program’s Transportation Integration manager. In that post, she managed the commercial cargo resupply services (CRS) to the space station and was responsible for oversight of the international partner vehicles – the European Space Agency’s Automated Transfer Vehicle (ATV), the Japanese Space Agency’s H-II Transfer Vehicle (HTV), and the Russian Soyuz and Progress spacecraft.

On June 12, 2020 Kathy was appointed as the first female director of human spaceflight. She will lead NASA Human Exploration & Operations Mission Directorate.

#ICYMI: @Commercial_Crew Program Manager Kathy Lueders has been selected to be the agency’s next associate administrator of human spaceflight programs. ?

Kathy Lueders has been selected to lead @NASA’s Human Exploration & Operations Mission Directorate. Kathy has successfully managed both the Commercial Crew & Commercial Cargo programs and is the right person to lead HEO as we prepare to send astronauts to the Moon in 2024. pic.twitter.com/393vPTdXwb

Jim Bridenstine, NASA Administrator, said, “Kathy gives us the extraordinary experience and passion we need to continue to move forward with Artemis and our goal of landing the first woman and the next man on the Moon by 2024.”

In her role she will oversee NASA’s Commercial Crew program and also the agency’s push to return humans to the moon in the 2020s. NASA’s Artemis program aims to land humans on the lunar surface by 2024 using its new rocket SLS and Orion crew capsule, launching from Kennedy Space Center.

Kathy replaced Doug Loverro who abruptly resigned just one week before SpaceX’s Commercial Crew astronaut flight. In a message sent to staff, Loverro said he took “a risk” earlier in the year because he judged it necessary to fulfill the mission. He said that risk led to his resignation.