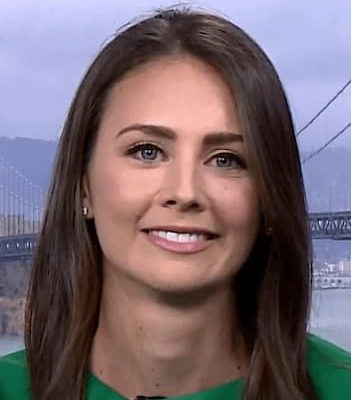 Kate Rooney is an American media personality serving as a technology reporter for CNBC and based in New York. She previously served as a news intern at Bloomberg Television and also served as a General Assignment Reporter at The Argentina Independent as well as a reporter at Medill News Service.

No details regarding her date, month, year, and place of birth are available.

She is an American.

Kate graduated from Boston College with a bachelor’s degree in communication and earned her master’s degree from the Medill School of Journalism at Northwestern University where she received an Eric Lund Global Reporting and Research Grant to film and produce a documentary in the Philippines.

Rooney is the daughter of Kathy who is a breast cancer survivor.  Rooney grew up in Denver and New Jersey but not much is known about her family background. She hasn’t revealed any information regarding her father and its also not known if she has any siblings.

Kate has kept her personal life off the limelight and she hasn’t revealed any information on whether she is dating, married or single. It’s also not known if she has any kids.

Kate serves as a technology reporter based out of CNBC’s San Francisco bureau, with a focus on financial technology, payments and venture capital and also writes and reports for CNBC’s digital platforms. She previously served as a markets reporter since February 2019 and has written articles on cryptocurrencies, financial markets, payments, and financial technology. In July 2019, she wrote articles including “Venture giant Andreessen Horowitz doubles down on fintech with the newest hire from Credit Karma”, “When the Fed cuts rates without a recession, stocks go higher 100% of the time”, and “The Fed is looking into Facebook’s Libra cryptocurrency as Powell flags ‘serious concerns'”.
In February 2018, Rooney started covering bitcoin and cryptocurrencies for CNBC. CNBC.com managing editor Jeff McCracken then sent out the following announcement:
I am pleased to announce Kate Rooney is joining CNBC.com as a reporter covering bitcoin, cryptocurrency and whatever else the market throws our way. She will report to John Melloy and work on his ever-powerful markets team.  Kate was also a segment producer for “Squawk Box,” and she also served as a news associate, completing rotations with “Worldwide Exchange,” “Squawk on the Street” and “Squawk Alley.”

Prior to joining CNBC, Kate was a News Intern at Bloomberg L.P. and wrote for Bloomberg Businessweek, weekly mergers and acquisitions section. Previously, she was a General Assignment Reporter at The Argentina Independent. She wrote articles and shot/produced videos for an English-language website in Buenos Aires and also covered the aftermath of Alberto Nisman’s death, human rights protests, and focused reporting on urbanization laws in the city.
In 2014, Rooney worked as a Reporter at Medill News Service, covering politics and education in Medill’s Chicago and DC news bureaus. Prior to that, she was a Marketing Intern and assisted the managing director for brand marketing at Theory, Theysken’s Theory and Helmut Lang.

In 2019, Kate ran the fundraiser for Memorial Sloan Kettering Cancer Center, the institution that helped her mother, Kathy, to treat breast cancer. The goal for fundraising was $3,500, the fundraising total is $4,356.