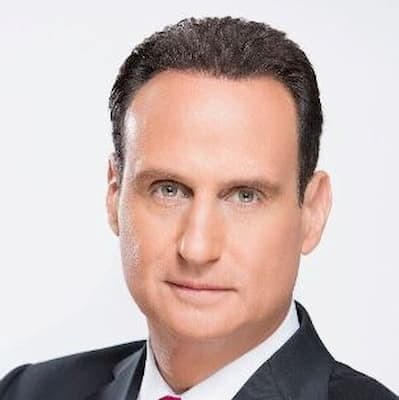 Díaz-Balart studied politics and history at the University of Cambridge, New College of Florida.

He is the son of Rafael Díaz-Balart and Hilda Caballero Brunet. His father was a  Cuban politician who served as Majority Leader of the Cuban House of Representatives and Under-Secretary of Interior during the presidency of Fulgencio Batista. He founded La Rosa Blanca (The White Rose), the first anti-Castro organization. The building that houses the Florida International University College of Law bears his name, “Rafael Diaz-Balart Hall”, a building designed by Robert A.M. Stern Architects. He died on May 6, 2005, in his Key Biscayne, Florida home after a battle with leukemia.

Jose was brought up alongside his three brothers, Rafael Díaz-Balart, the CEO and Founder of Vestec International Corporation and Senior Advisor for Credit Lyonnais, Private Banking International, Mario Díaz-Balart, a Republican U.S. Representative for Florida’s 25th congressional district and Lincoln Diaz-Balart, an attorney and politician.

Jose is married to Brenda Diaz-Balart, an American from Los Angeles, California. He has not revealed much about his wife but the duo usually attends high-profile events together. The two exchanged their marriage vows in the early 2000s but the exact date and place of their wedding are not known.

Jose and his wife have two daughters together named Katrina and Sabrina.

Jose joined Noticias Telemundo in 2000 and co-hosted Telemundo’s first-morning news and entertainment show, Esta Mañana, as well as its public affairs show, Cada Día. In 2002, he began hosting a once-a-month interview program on Telemundo, Enfoque con José Diaz-Balart; where he interviewed a wide range of news-makers, including political leaders and presidential candidates. In 2009 he became the anchor of Telemundo’s evening newscast, Noticias Telemundo.On September 7, 2021, it was announced he was stepping down as anchor of the weeknight editions of Noticias Telemundo but he will continue to anchor breaking news and special events coverage for Telemundo and host monthly specials.

Jose joined NBC in 2010 as a reporter and currently serves as a news anchor presenting José Díaz-Balart Reports show on MSNBC and NBC Nightly News Saturday. He made history when he substituted for Contessa Brewer on MSNBC Live for the week of June 20 through 24, 2011, in the show’s 12 PM time slot, making him the first U.S. journalist to broadcast both English and Spanish newscasts on two networks simultaneously. From 2014 to 2016 Diaz-Balart hosted the 10 AM news hour for MSNBC, replacing Chris Jansing. It was announced on November 10, 2014, that he would be taking over hosting duties on The Daily Rundown on November 17, 2014, with the program expanding to two hours, essentially absorbing his eponymous show that had previously aired during the second hour. The Daily Rundown later became known as MSNBC Live with Jose Diaz-Balart as part of a wider restructuring of MSNBC’s dayside programming in 2015. In late 2015, he also began working as a fill-in anchor for the Saturday edition of NBC Nightly News. He was officially named host of that program in July 2016.

He has won numerous awards including four Emmy awards, the George Foster Peabody Award, and the Alfred I. duPont-Columbia University Award.

He earns an annual average salary of $ 1 million.

He has an estimated net worth of $ 15 million.