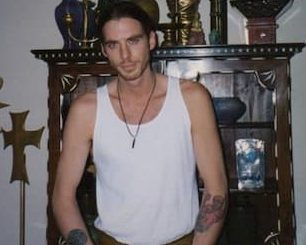 John Gilbert Getty was an American musician and the grandson of oil tycoon J. Paul Getty and the son of billionaire philanthropist Gordon Getty. He died on November 20, 2020 although his cause of death is unknown.

Gilbert is the son of Gordon Getty and Ann Gilbert. His father is a businessman, investor, philanthropist and classical music composer, the fourth child of oil tycoon J. Paul Getty. His mother was also a known philanthropist in San Francisco who died in September 2020 after suffering a heart attack.

John’s older brother, Andrew Getty died in March 2015 from an ulcer-related hemorrhage but he also had a toxic level of methamphetamine in his body.

He was found dead on the bathroom floor of a bedroom in his Studio City hillside home on March 31, several days after he was last seen alive. At the time his personal assistant told investigators that he had complained of stomach pain for the past two months and the assistant had scheduled a doctor’s appointment for him on April 1 — one day after his body was discovered.

The autopsy report concluded that Getty died from a gastrointestinal hemorrhage due to duodenal ulcers but “acute methamphetamine intoxication” and atherosclerotic heart disease — hardening of heart arteries — were contributing factors.

There are no available details about John’s marital status. The mother of his daughter is also unknown.

He has a daughter known as Ivy Love Getty, a visual artist and model who was born in 1995. After his death, she called him the “coolest man to ever land on this planet”.

Gilbert was a musician who loved rock and roll. There are minimal details available about his musical career.

His actual net worth is unknown but the Getty family has an estimated net worth of $5billion.

John has no known history of drug use but his late elder brother was a daily user of Methamphetamine which was found in his system after his death. His cousin J. Paul Getty III, who was kidnapped in Italy in 1973 and the kidnappers cut off his ear was also a drug user and in his 20s he suffered a debilitating stroke and died in 2011 at the age of 54.

His stepmother, actress Talitha Pol also died of a heroin overdose in 1971.

John died on November 20, 2020 in a hotel room in San Antonio, Texas. His death was first reported by TMZ who said he was discovered unresponsive in a hotel room.

His family through a spokesperson confirmed the death in a statement; “With a heavy heart, Gordon Getty announces the death of his son, John Gilbert Getty. John leaves behind his daughter, Ivy Getty, whom he loved beyond measure, and his brothers Peter and Billy. His brother, Andrew, predeceased John. John’s mother, Ann Gilbert Getty, passed this September. John was a talented musician who loved rock and roll. He will be deeply missed.”

John Gilbert Getty Cause of Death

He died of cardiomyopathy and chronic obstructive pulmonary disease — heart conditions triggered by a toxic level of fentanyl in his system. According to Bexar County Medical Examiner’s Office, the overdose was accidental.