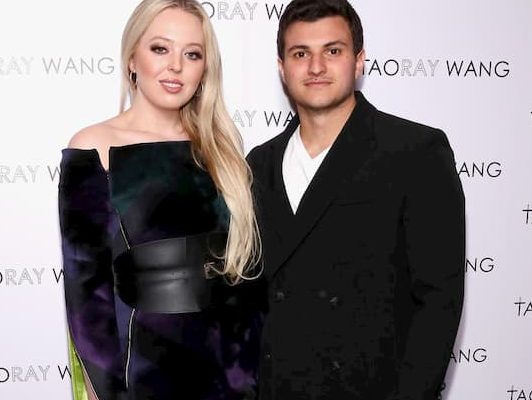 Michael Boulos is a business executive who helps run his family business in Nigeria, even serving as a director for some of his father’s companies. He is the associate director of SCOA Nigeria since 2016, the director of Fadoul Group since 2019, and the business development manager of Royalton Investment since 2019.

He is of Lebanese and French descent.

Michael grew up in Nigeria after his family moved there, where they own a multibillion-dollar conglomerate and a large portfolio of companies active in various sectors in more than 10 West African countries. He attended and graduated from the American International School of Lagos.

He holds a Bachelor of Arts degree in Global Business Management from Regent’s University London and a master’s degree in Project Management, Finance, and Risk at City from the University of London.

Boulos is the son of Dr. Massad Boulos and Sarah Boulos. Dr. Massaud is a Lebanese business tycoon who runs Boulos Enterprises and SCOA Nigeria, a multi-billion-dollar conglomerate that trades in vehicles, equipment, retail and construction.

His mother, Sarah Boulos is the founder of the Society for the Performing Arts in Nigeria or SPAN, which bills itself as a “one-stop destination for performance art, dance, theater, music, and visual arts.”

He has three siblings; two sisters, Oriane and Sophie, and a brother Fares who is an actor who trained under famed L.A. acting coach Constance Tillotson. He also posts rap videos to his YouTube, under the stage name Farastafari.

Michael helps run his family’s business. In 2016, at the age of 19, he was named the associate director of SOCA Nigeria, a conglomerate “active in furniture production and interior design, automobile assembly and distribution, power generation, retailing and trade.” In 2019 he became the director of Fadoul Group and in the same year, he became the business development manager of Royalton Investment.

He has an estimated net worth of $20 million.

Michael is in a relationship with Tiffany Trump, the fourth child of Donald Trump.  The couple began dating in late 2018 after they met in Mykonos, Greece. They were first photographed together in September 2018 at the Taoray Wang fashion show in Manhattan.

In November Boulos accompanied Tiffany during a Thanksgiving fête at her father’s Mar-a-Lago club in Florida. In December she took Boulos for a celebration at the White House, where they posed for a picture in front of the Red Room’s Christmas tree.

In February 2019, the couple attended the 2019 Taoray Wang fashion show in New York with Maples and Shin.

On January 19, 2021 Michael and Tiffany became engaged. Michael announced the news on his Instagram account where he shared the photo of himself and Tiffany with the caption; “Got engaged to the love of my life! Looking forward to our next chapter together ?❤️”

Tiffany posted the same photo which she captioned; “It has been an honor to celebrate many milestones, historic occasions and create memories with my family here at the White House, none more special than my engagement to my amazing fiancé Michael! Feeling blessed and excited for the next chapter! ❤️”