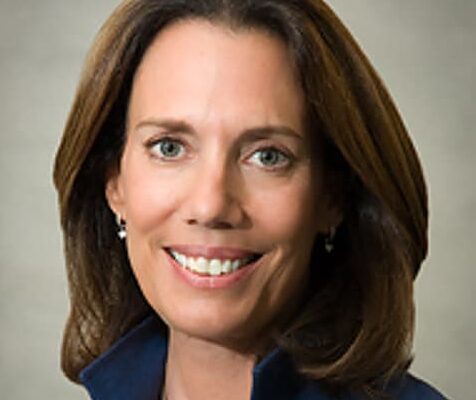 Jane Stoddard Williams is a broadcast journalist and education advocate serving as the host and executive producer of the weekly radio program “Bloomberg EDU.” She is also the wife of MSNBC journalist Brian Williams.

She was born on September 6, 1962, in Paterson, New Jersey, United States.

She is the daughter of Hudson Gillan Stoddard and Patricia Stoddard. Her father is a former School Board Chairman who helped create and build New York’s PBS station where he served as a marketing president. Her mother is a former teacher and administrator serving as the director of Champion International Corporation.

Jane is married to Brian Williams since June 7, 1986. Brian is a journalist serving as the host of “The 11th Hour with Brian Williams” on MSNBC. He previously seved as the NBC News network’s chief anchor of NBC Nightly News. In 2015 he was suspended from NBC for 6 months without pay after he acknowledged exaggerating his role in a helicopter episode in Iraq.

Jane and her husband share two children together; a daughter Allison Williams and a son Doug Williams. Allison is an actress who starred in HBO’s Girls and the movie Get Out. Doug is an anchor of Geico SportsNite at SportsNet New York.

Jane is the host and producer of Bloomberg EDU, A Bloomberg Radio’s weekly look at education. She previously served as a producer of the PBS Series, “Inside Story” and was Executive Producer of “Panorama” in Washington, D.C., Washington’s longest-running daily news and public affairs program.

She began her career in radio at WICC-AM in Bridgeport, Connecticut. She is a former producer at WHYY-TV and KYW-TV in Philadelphia. She also hosted a local interview program, “One On One” in southwestern Connecticut.

She is also an education and children’s advocate. She serves as Board Chair of Horizons National, a non-profit educational organization serving low-income students around the country. She previously served as Board Chair of the founding Horizons program in Connecticut.

She chairs the Education Committee on the board of New York’s PBS station WNET. She is also an advisor to NBC News “Education Nation.” She is the former Board President at the New Canaan Country School in New Canaan, Connecticut. She also served on the Board of Brooklyn-based Wireless Generation, a for-profit education and technology company.