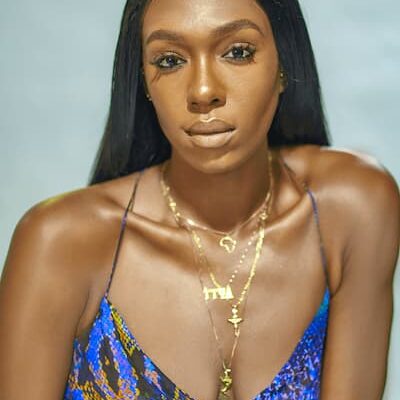 Irene Agbontaen is a London-based cultural marketing consultant and founder of TTYA London: an apparel brand offering accessible, modern, functional pieces that are specifically cut for women who are 5’9” or taller. She is also the host of ‘TTYA Talks’ The Podcast.

Irene is a British national.

She belongs to Nigerian heritage.

Agbontaen has not revealed the name of her parents but she has said her mother immigrated to the UK from Nigeria. She has also said she got her tall genes from her mother’s side of the family although she is not tall herself, but her brothers are.

Irene is the founder and owner of TTYA London: an apparel brand offering accessible, modern, functional pieces that are specifically cut for women who are 5’9” or taller. She launched the line in 2013, in Selfridges and has launched in Barneys New York and was the first pioneering tall brand to debut on ASOS.com.

During an interview with Harpers Bazaar Irene said she was inspired to start the clothing line as it was hard for her to find clothes since she was a teenager and this led her to wearing men’s clothes.

“One of the first times that I realised that my height excluded from me from things was when I was at secondary school. My mother and I would go on desperate shopping trips searching for plain black trousers for me to wear to school. Nothing ever fitted; they were all ankle swingers or unfashionable – there was nothing for a young, on-trend teenager. In the end, I just stuck to the old school skirt. I couldn’t shop at the same places as my friends. I’d stand outside the changing rooms when my friends were trying on all these great clothes knowing that they would all look bad on me. I felt ignored and as if there was no space for me.

The advantages to all that was that it made me look deeper for my style. The singer Aaliyah was a big inspiration to me growing up – she dressed like a man but with feminine accents. I could do that as I could wear men’s clothes. Being tall helped me to find my own lane.”

Agbontaen is a cast member of Channel’s 4 reality-doc series Highlife, UK’s first ever Black British premium reality TV show. The show puts a spotlight on a group of successful and ambitious young West-African Brits, charting the nuances of their lives and careers.

Agbontaen said filming the show was weird at first with the camera crews following her around each day “But what I like is that this show gives you the chance to go beyond the one dimensional nature of social media, you get to see as the layers of my personality and the hard work that has gone into my career. I get to reveal a lot of personal moments, like me freezing my eggs, which I think is important as it is not shown or spoken about enough, especially in the Black community.”

She also added that the show is meant to change the black’s narrative as most of the time they are portrait as gangs and drug addicts. “We explore so many cultural narratives; what it actually means to be Black and British in the UK, to be first generation diaspora, to be successful and happy. A lot of the time on TV, when we see black faces, these are TV shows about gang and drug culture. So I think for once we were in a show that’s actually aspirational, and multi-faceted.”

Her actual net worth is under review.