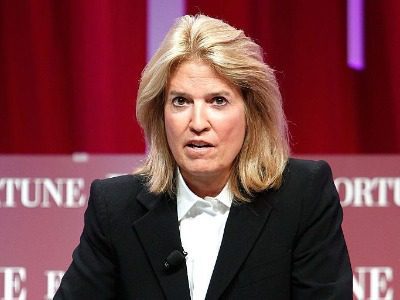 Greta Van Susteren whose fullname is Greta Conway Van Susteren is an American commentator, lawyer, and former television news anchor for CNN, Fox News, and MSNBC. She hosted On the Record with Greta Van Susteren on Fox News for 14 years (2002–2016) before moving to MSNBC to present For the Record with Greta for about six months in 2017. She was a former criminal defense and civil trial lawyer who co-hosted CNN’s Burden of Proof with Roger Cossack from 1994 to 2002, playing the defense counsel to Cossack’s prosecutor. Forbes ranked her 94th most powerful woman in the world in 2016, up from 99th in 2015.

Van Susteren studied geography and economics at the University of Wisconsin–Madison after graduating from Xavier High School in Appleton in 1972. In 1979, she received her J.D. from Georgetown University Law Center, and before beginning her television career, she returned to Georgetown Law as an adjunct faculty member in addition to her full-time legal profession. Stetson Law School honored her with an honorary doctor of laws degree.

Susteren was born in the Wisconsin town of Appleton. Urban Van Susteren, her father, was of Dutch ancestry. Margery Conway, her mother, was an Irish-American housewife. Van Susteren’s father was a longstanding friend of Joseph McCarthy, the future U.S. Senator. McCarthy was Greta’s father’s best man at her parents’ wedding. McCarthy’s campaign strategist was an elected judge named Urban Van Susteren, who ultimately parted with McCarthy.

Lise Van Susteren is a forensic psychiatrist in Bethesda, Maryland, and is Van Susteren’s sister. Lise ran for the Democratic nomination for the United States Senate in 2006. Dirk Van Susteren, her brother, was a journalist and long-time editor of the Vermont Sunday magazine, which was jointly published by the Rutland Herald and the Barre Montpelier Times Argus until it folded in 2008.

In 1988, Van Susteren married John P. Coale, a tort lawyer. She and her husband are members of the Church of Scientology, and she told People in 1995 that she is “a passionate advocate of their ethics.”

During the impeachment hearings for President Bill Clinton, Van Susteren described the matter as one of an unfaithful husband rather than an impeachable offense.

She was a regular legal analyst on CNN during the coverage of the O. J. Simpson murder trial. She went on to co-host CNN’s Burden of Proof and The Point as a result of this.

Greta resigned from Fox News on September 6, 2016. She was unable to say her goodbyes on-air since the network quickly replaced her as the On the Record anchor with Brit Hume. Van Susteren, who said Fox “hasn’t felt like home to me in a few years,” elected to resign from the network immediately because of a condition in her contract that permitted her to do so: “The agreement had a time restriction, so I couldn’t wait.”

Van Susteren is a member of the National Institute for Civil Discourse’s Board of Directors (NICD). Following the shooting that killed six people and injured 13, including U.S. Representative Gabby Giffords, the institute was established at the University of Arizona.

Van Susteren began contributing to Voice of America in October 2017.

Van Susteren testified before Congress in September 2018 about Myanmar’s human rights violations and genocide against the Rohingya people.

Greta Van Susteren MSNBC – For the Record with Greta

Van Susteren joined NBC News in early 2017 to lead the 6 p.m. ET program on the 24-hour cable news channel MSNBC. Greta’s show, For the Record with Greta, premiered on January 9, 2017. Van Susteren tweeted on June 29, 2017, that she was “out at MSNBC” since her new show was not performing well in the ratings.

Van Susteren joined Gray Television, a big network of television stations, in February 2019 as its chief national political commentator, based in Gray’s Washington bureau, giving commentary and analysis to Gray’s 140+ stations’ newscasts. For the company, she is also producing two nationally syndicated series. Van Susteren and Gray announced in April 2019 that Full Court Press with Greta Van Susteren, a Sunday morning talk show, will debut in September 2019 on most Gray stations, as well as Weigel Broadcasting stations in Chicago and Milwaukee.

The group seeks to get candidate interviews for such early election primary states with Gray stations in Iowa and South Carolina. The program intends to launch “Full Court Press-Overtime,” a website and accompanying app that will include more information and user comments.

She has an estimated net worth of $35 million.