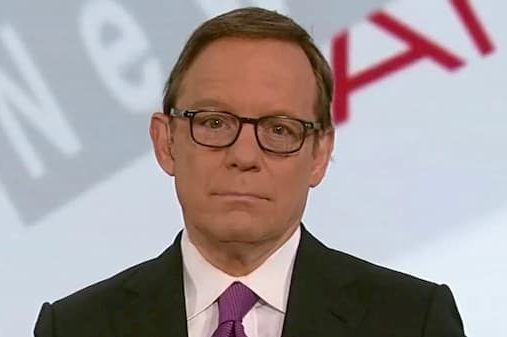 Eric Shawn is an American media personality serving as an anchor and senior correspondent for Fox News Channel based in New York. He anchors America’s News Headquarters alongside Arthel Neville and also hosts Riddle: The Search for James R. Hoffa on FOX Nation.

Shawn graduated from Georgetown University with a bachelor of arts degree in urban studies.

Eric is the son of Gilbert Shawn and mother Melba Rae. His mother is a former actress best known for her appearance in “Search for Tomorrow.”

Shawn is married to Lisa Shear Shawn. the couple met while in college as they both attended Georgetown University. Lisa graduated with a degree in Forms of Government. She is currently self-employed but she previously worked at Conde Nast and later served as Director of Public Relations at the U.S. Pierre Balmain.

Shawn together wife has a son known as Oliver Shawn.

Eric is an anchor and senior correspondent for Fox News Channel based in New York. He joined the network in 1996. He anchors America’s News Headquarters (Saturdays 4-6 PM/ET and Sundays 1-2 PM/ET and 4-5 PM/ET) and also hosts Riddle: The Search for James R. Hoffa on FOX Nation.

During his tenure, he has regularly reported from the United Nations and has specialized in politics and terrorism, including anchoring hour-long news specials on topics ranging from election coverage to investigative documentaries as well as breaking news. He has provided live coverage from both the Democratic and Republican National Conventions during the 1992, 1996 and 2004 elections.

He has also covered terrorist attacks such as the shooting in 1990 of Rabbi Meir Kahane, the 1993 bombing of the World Trade Center and New York City bombing plot, the 1996 Khobar Towers bombing, and the attacks and aftermath of 9/11.

In 2014 he led a Fox News investigation that uncovered new evidence in the murder of Teamsters leader Jimmy Hoffa, based on the claims of hit-man Frank Sheeran, who admitted to Shawn, and in his biography, that he shot Hoffa in a house in Detroit. The investigation revealed a “blood pattern” on the floor of the house that fit Sheeran’s story precisely.

He also reported on the O.J. Simpson murder trial, the Iraq War diplomatic developments at the United Nations, the Michael Skakel trial, the death of Princess Diana, and other breaking stories around the globe. He has interviewed world leaders from President Bill Clinton, Kofi Annan, Ban Ki Moon, Benjamin Netanyahu, Ehud Barak, Ehud Olmert among others.

Prior to joining Fox News Channel, he served as a correspondent for FOX News Edge. He covered numerous breaking news stories, including the Unabomber arrest, the TWA flight 800 crash, the siege in Waco, Texas, the Freeman standoff, the William Kennedy Smith trial, the 1992 Clinton campaign, as well as the White House. He also served as a war correspondent in the Persian Gulf and Somalia.

He began his career as an anchor and reporter at WPIX-TV and WNYC-TV, in New York before joining WNYW-TV (FOX) in New York as a reporter.

Shawn has not made his political affiliation public.

On November 14, 2020 Eric briefly paused mid-segment after a sign carried by a demonstrator at the so-called “Million MAGA March” in Washington, D.C. appeared on the screen bearing a racist threat. He broke from his conversation with a Republican strategist to say, “We’ve just seen a very disturbing sign. It said, ‘Coming for Blacks and Indians first welcome to the New World Order.’ Who the hell knows, you know, what people have and what they say on these things?”