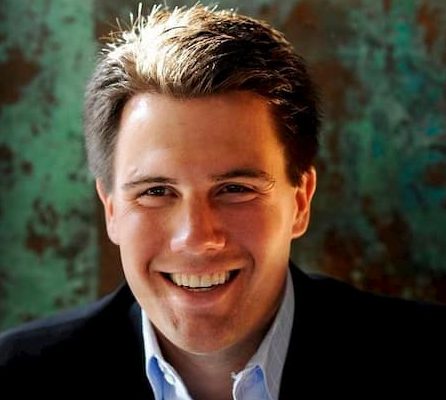 Leland Vittert is an American media personality serving as an anchor and correspondent at NewsNation. He hosts his show ‘On Balance with Leland Vittert’. He is a former weekend anchor, reporter and foreign correspondent for Fox News.

He graduated from Northwestern University with a B.A. in broadcast journalism. He also completed The General Course, a one-year study abroad program at the London School of Economics.

Leland is the son of Mark Vittert (father) and Carol Vittert (mother). His parents fell in love in Leland in Michigan and named him after the town.

Vittert has a sister known as Liberty Vittert, she is a celebrity chef and also a professor of data science at Harvard University. She hosts Liberty’s Great American Cookbook, a cooking show on UK Television.

She also serves as a data science contributor to the BBC since 2015 and is a member of the International Statistical Institute and the Data Advisory Board Member of the “USA for UNHCR” organization.

As of 2020, Leland is not married but it is not clear whether he is dating or not.

Leland is the host of ‘On Balance with Leland Vittert’ on NewsNation which airs weeknights at 7/6C. He joined the network in May 2021.

Leland served as a FOX News correspondent based in Washington, D.C., and co-anchored America’s News Headquarters (Saturdays from 1-3 PM/ET, Sundays from 1-2 PM/ET) from 2010 until 2021. FOX declined to explain why he left the network after a decade. He was notable in 2020 for pushing against Trump’s false claims of voter fraud.

He joined FOX News Channel in 2010 as a foreign correspondent based in Jerusalem. As a foreign correspondent, he covered various international stories including the September 2013 mall shooting in Nairobi, Kenya, the Ghouta chemical attack in Syria in 2013, as well as the massive unrest and violent protests from Cairo, Egypt and Benghazi, Libya.

Throughout his tenure with the network, he conducted numerous high profile interviews such as with 2020 Democratic presidential candidate Rep. Tulsi Gabbard (D-HI) where she discussed the criticism she faced following her meeting with Syrian President Bashar Assad. He has also conducted interviews with Florida Rep. Francis Rooney, then-Secretary of Health and Human Services Tom Price among others. He has also covered many breaking news events, including the death of Freddie Gray and the protests that followed in Baltimore, MD.

He drew criticism from Fox News viewers for what they perceived as critical coverage of President Donald Trump. Trump himself once tweeted that Vittert “should be working” at CNN.

He also challenged the lies about election fraud, including an interview with Erin Perrine, director of press communications for Trump’s 2020 campaign, that descended into a shouting match.

Prior to joining FNC, he anchored the weekend news at KDVR-TV (FOX 31) in Denver, CO and was a reporter for WFTV-TV (ABC 9) in Orlando, FL. He also worked at other national news stations, including KATV-TV (ABC 7) in Little Rock, AR, KNWA-TV (NBC 50) in Fayetteville, AR, and WMTV-TV (NBC 15) in Madison, WI. He began his reporting career as an intern at KTVI-TV (FOX 2) in St. Louis, MO.

Cunningham tweet thread was triggered by the sympathetic news coverage Vittert received for his coverage oF George Floyd’s death protest that saw Leland and his crew being harassed and assaulted by the protestors.

She began the thread by writing; “For the sake of my own power, I’m going to say something I have never revealed in 20 years. I’ve told this *story* before but always hid his name. Even when he reported from the streets of Baltimore where I protested. I share it today not for karma, but because, as we rise up, I want it understood: We don’t ever have to relinquish our power to those who oppress us.”

Leland however denied the claims in a statement saying; “I can’t imagine the struggles Ms. Cunningham has faced in her life. But I was not a part of them. I can say unequivocally — I have never spit on or at anybody.”

Cunningham had previously told the story on the Amy Poehler’s Smart Girls website in 2017 referring to the person who harassed her as “Privileged Pete.”

“On top of universal feelings of adolescent inadequacy, high school as one of four black girls in the whole class also meant traversing the jungles of teenage racism.”

She alleged that ‘Pete’ began to harass her after she co-founded the school’s first student diversity club. She said he thought “that talking about racism was racist.”

“Pete decided the best way to prove racism wasn’t real was to be more racist and harass me. When he’d catch me between classes, he’d walk up close behind me and repeatedly ask if his presence was oppressive, walking me all the way to my next class. You read that right: he was actively harassing me while asking me if he was oppressive.”

She added that he spit at her when she confronted him.

“I turned around and said ‘L — (Whoops! I mean…) Pete, you can’t keep doing this. Then, in one swift, instantaneous, racist reflex, he sucked in deep, gathered all his might, and hurled a giant wad of spit right at my face. It landed at my feet.”